I could have left well enough alone. Or done what I’ve done twice a year for the three years that Charley has resided in his urn. Which is a very nice clock. Of all the urns on the shelf from which to choose this was the one and only one I thought would do for him. And it has proven to be a good choice. It has given him a voice, sort of. It chimes at the perfect moments in conversations, or occasionally when I first walk in the door, so that the excited dogs and chiming urn make me feel welcomed.
I have no idea why I didn’t just do what I’ve always done, even though it’s a pain in the neck, and just roll the clock ahead one hour at a time, 23 times, to adjust for Daylight Savings time. You aren’t supposed to roll it backwards you see, and I always take cautions like that seriously. And since it only chimes from 6 AM until 10 PM you have to consider the entire 24 hours. No, my genius idea was to take the batteries out while I went to the Y to swim. When I put them back in a couple of hours later I figured I’d only have to adjust it ahead an hour and change. Ha! It went to 6 o’clock for some reason, and seems to want to chime two hours off of what the hands of the clock say.
So I need to find the little manual that came with the urn, which I’ve seen not too awfully long ago. Somewhere. Or, perhaps, I’ll just take the batteries out again and set the clock for 6 o’clock and put them back in. Maybe it will be right, or maybe it will be 12 hours off. Or maybe I’ll just forget about it and let Charley do his thing. He always did have to have things his way, eventually I learned that it was easier to just go along with him… 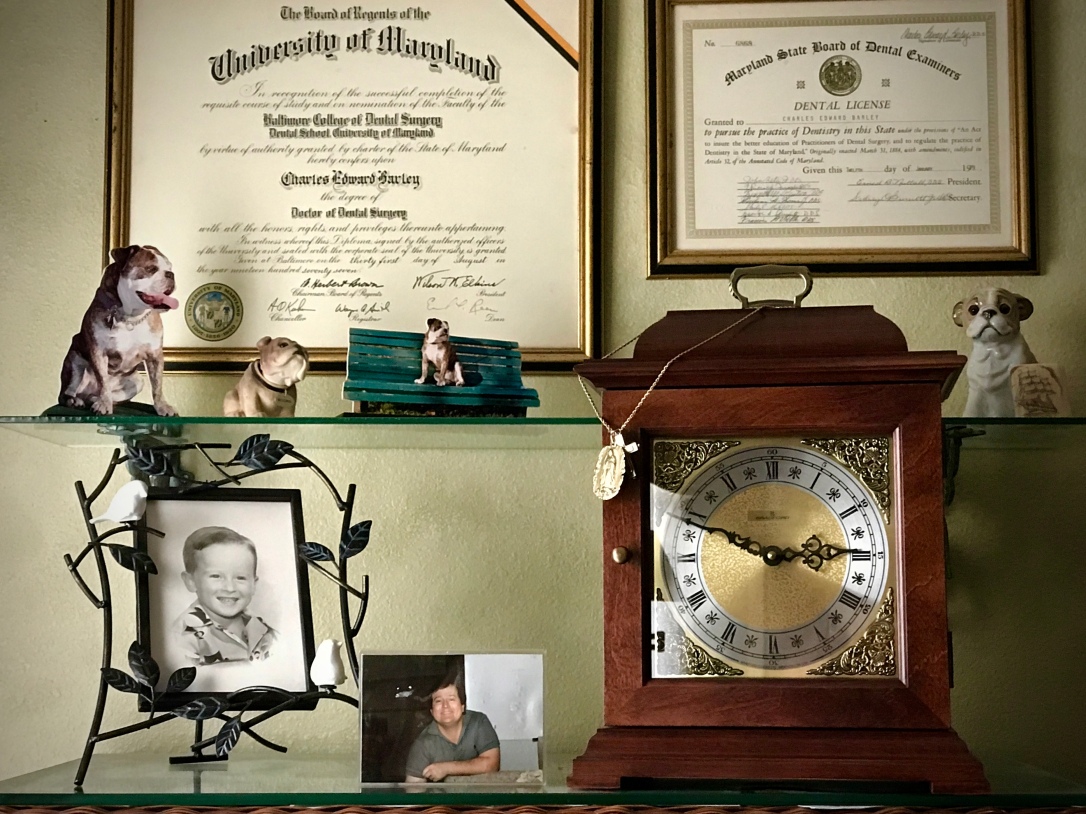