The fact that the sunrise came to me this morning wasn’t the only good news of the day.  Or, more correctly, it ought to be good news. I think I have observed that there is a pair of Sand Hill cranes who have chosen a place to nest out on my lake. That’s what I hoped would happen, but I assumed that if it happened they would choose the same area that the nest was on last year. It was out in the middle of the lake, but still located so that I had a good line of vision to them. But I’m not thrilled with the spot they seem to have chosen this year. It is a small island, or seemed to be until I took pictures of it this morning and it looks to be more underwater than it appeared yesterday.

They’ve been spending a lot of time there, so I had my suspicions. But this morning I observed a behavior that I witnessed last year. They were working together and dredging up hunks of vegetation from under water and dumping them onto a pile. I saw them build a mound in a day last year, but they gave up and moved off the lake before I could see how they were planning to use it. 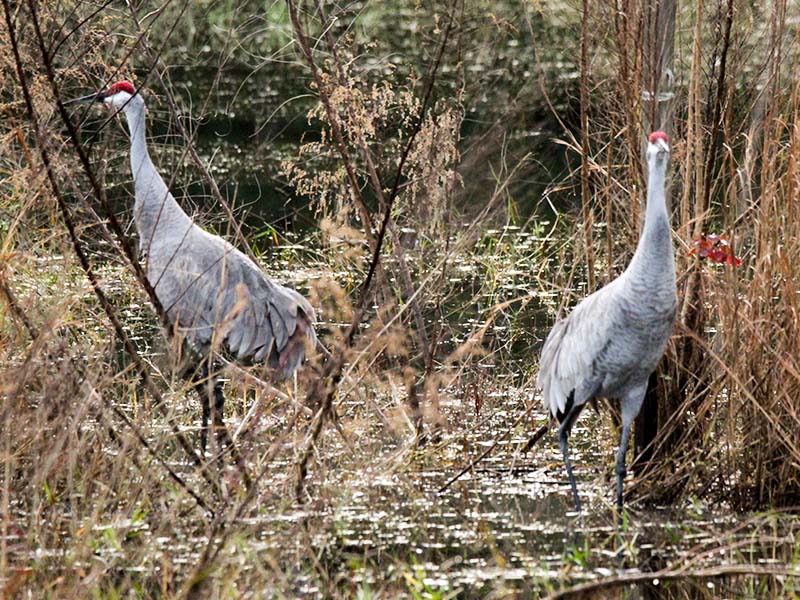 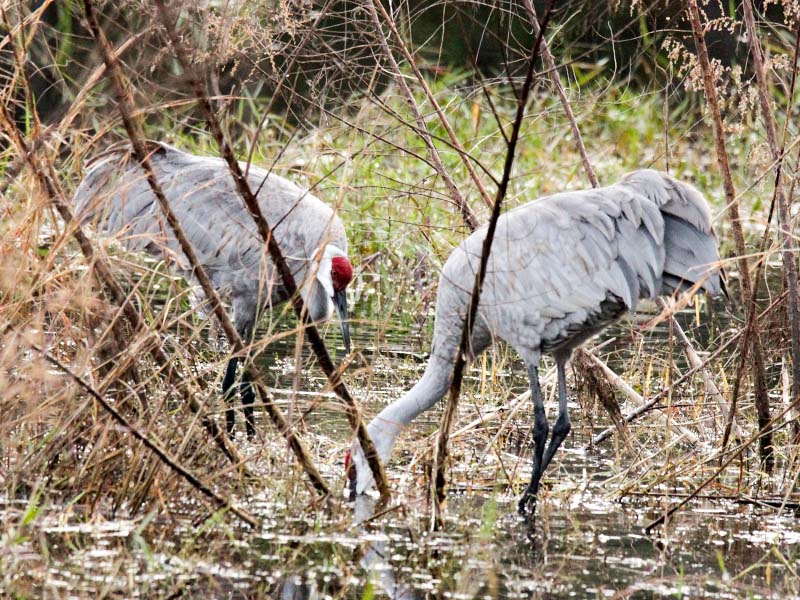 The real problem with the area is that last year that area was a peninsula, not an island. And I’ve seen my dogs wander over to that area before. Ozzie in particular likes to drink out of the lake every chance he gets, which puts him plenty close enough to bother them.  Neither dog would harm them, but Zoe would love to run over to make them fly.  And these cranes start sounding off the second I let the dogs out at all. Last year the cranes ignored my dogs so I never thought that being outside disturbed them. I see lots more dog walks in my future, after all, I wouldn’t want them to give up on nesting out there just because of my dainty dogs.

Here they aren’t sounding off because of the dogs.  They are responding to the calls of another Sand Hill crane that I couldn’t see, but I could hear just fine.  I read that the length of their necks is what causes their very unusual call.  And call they do, every chance they get…