There I was at Jenkin’s Creek, after a lovely sunrise at Bayport.  I pulled into the parking lot and could see a large bird in the ‘wood stork’ tree, but I honestly couldn’t tell what it was.  Lucky for me there was another photographer there, Tony, and he said that it was a juvenile eagle.  I would probably have to have used Merlin to be sure what it was if he hadn’t been there.  I suppose that I look like I know what I’m doing, what with the tripod (which he said isn’t sturdy enough for my lens), as well as the gigantic lens itself.  So Tony got out his phone and was going to play eagle sounds in an attempt to get this eagle to fly for the sake of the photo op.  So, said he, ‘you probably want to increase your shutter speed.’  Nothing will fluster me more than something like that statement, because I still fumble to make those sorts of changes in the camera settings.  I admitted that I’m a rank amateur with this stuff, and because of that we both managed to miss the shot.  Bet he was glad I showed up.  He said he had gotten some good portrait shots at least. 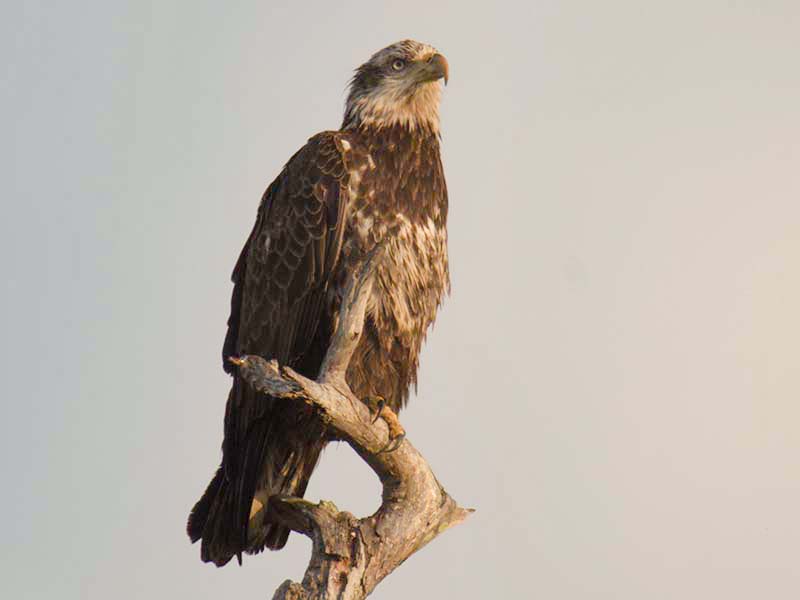 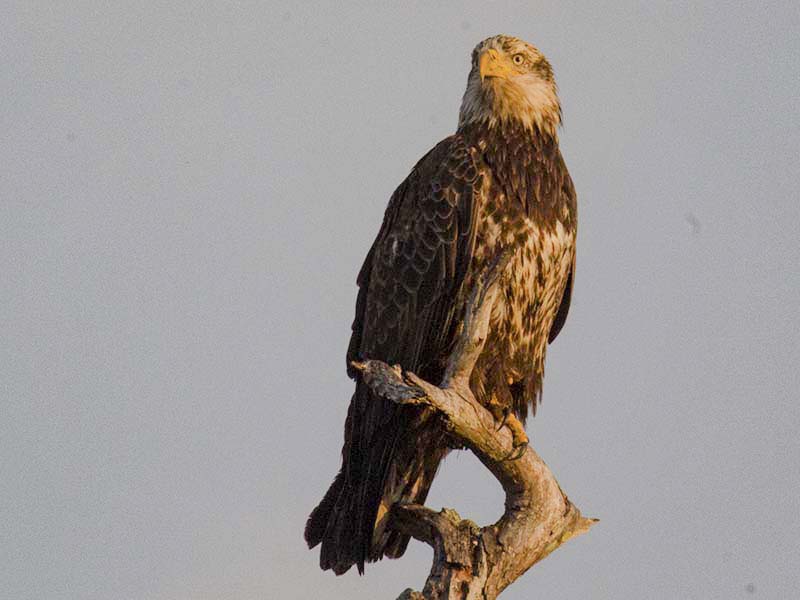 So I decided I needed to work on my camera skills, and off I went to the dog park.  And I easily upped the shutter speed to account for the action I was hoping to capture.  It’s a lot easier when there are no witnesses to my fumbling.  Maybe I’m getting better at all of this after all. 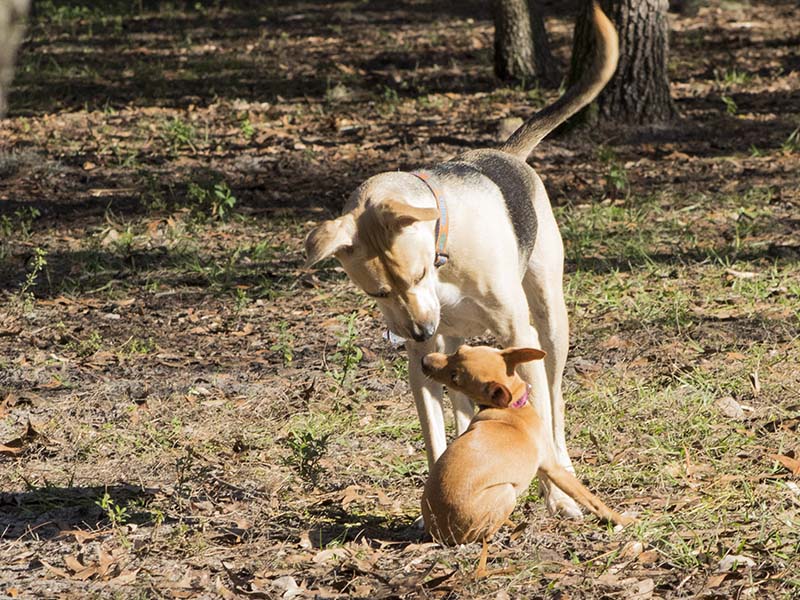 Obviously the dog in this last picture has zoomed out of the focus point I set, but what I like about the photo is that the leaves he kicked up are perfectly in focus.  That made me smile.  Note to self, perhaps you ought to increase the focal area next time.

And the sunrise.  I never get tired of going out for the sunrise, and sunsets for that matter.  This one got prettier than it looked like it would with the fog.  And it was foggier when I got home than it was when I left.  Practice, practice, practice… 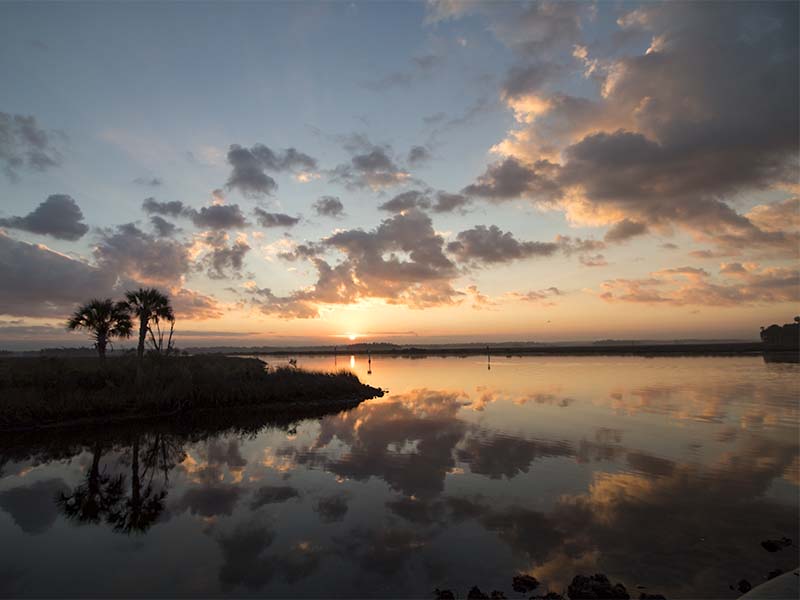