The area occupied by Circle B Bar Reserve was once a cattle farm.  It was purchased through an environmental lands acquisition referendum and the land is now home to many birds and other wildlife.  Once I had spotted the Roseate Spoonbills the bird that would have been at the top of my list to see after that would have been owls.  Except I saw these Barred owls before I saw the spoonbills.  Where to see them was pointed out to me as soon as I got there, and I knew that at least one of my wishes for the day had come true already. 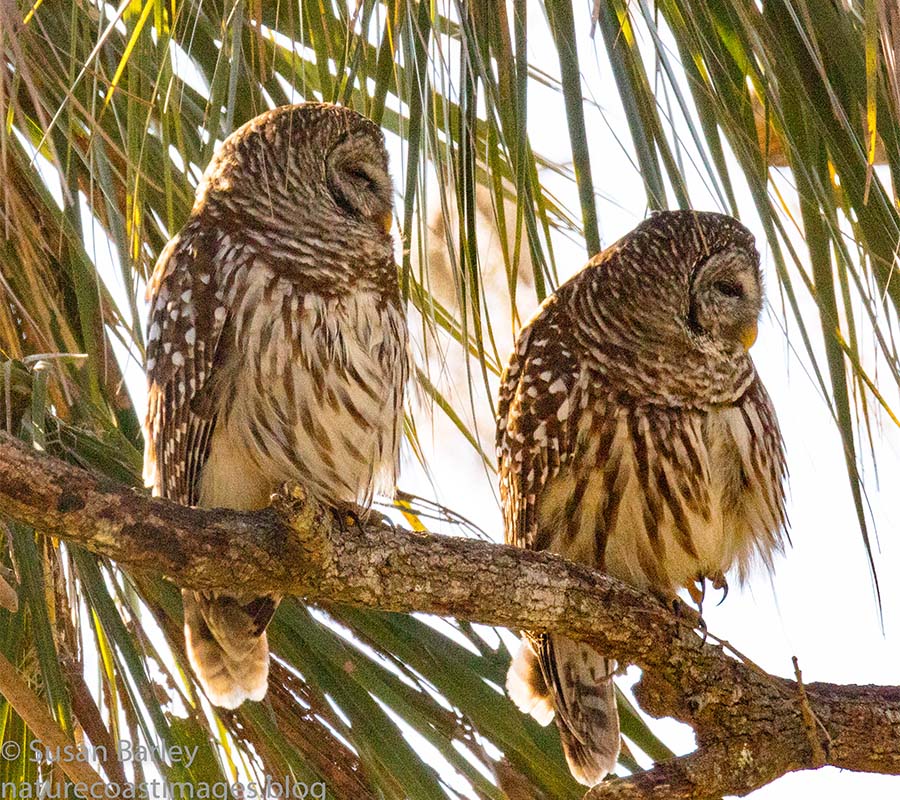 But in addition we have the Anhinga, one of which passed though my backyard today, stopping for a moment on the post usually occupied by the little blue heron… 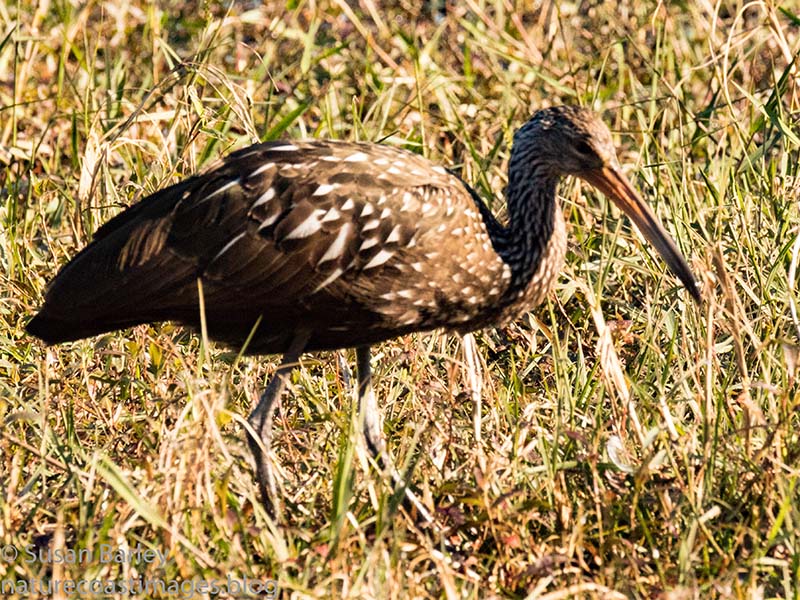 The Red-sholdered Hawk, another of my backyard visitors … 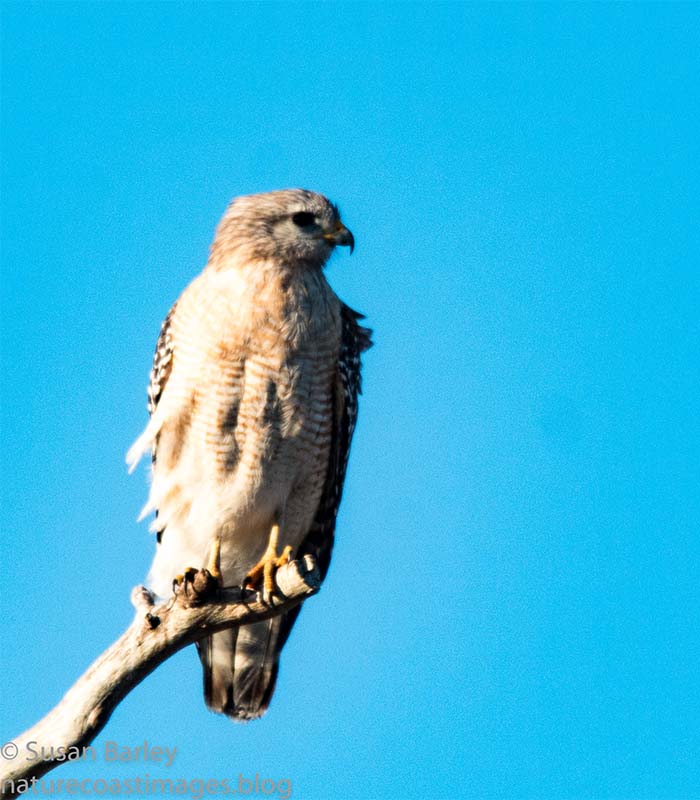 The Green Heron, another new bird to me…

The Great Egret, not an uncommon bird to see but always so pretty…

As you can see, it was a great day.  I’ll be heading back again, but I’ll be happy to go when it’s a little warmer than Saturday was.  It warmed up nicely though, but not until it was time for me to leave.