Wasn’t I just insisting that I didn’t feel my age, my chronological age?  Well, you can forget that because I think I hit the wall.  Maybe it’s just that I thought I was working Tuesday and Wednesday this week, but I was wrong.  I was on the schedule on Monday and had to scramble to get there only 25 minutes late, but it set the course for the day.  I came home and took pictures out back, my only option because I had a class in Clearwater that night, and figured out much too late that I didn’t have the smart card in the camera.  My laptop had been closing applications on me because of a lack of storage space, so I bought a desktop computer and have been in that particular hell of getting everything switched over to a new computer.  It seems like I’ve been swimming upstream this week.  As fun as it is to have a new toy, it has it’s moments.

So I sat in the recliner after work today (Tuesday) and promptly fell asleep.  The dogs got me up just in time to walk them before I had to head out to Hammond’s Creek for the sunset, my only option for photos for the day.  The no-see-ums were out in force, but so was One-Foot Fred.  I was informed that that’s our Great Blue Heron’s name.  I asked what happened to his foot and was told, for the second time, that he lost it due to getting tangled in fishing line.  I don’t know if he hangs out on the bridge all day long, but I’ve seen him now at sunrise and sunset.  Seems he has adapted well to his new reality.  I could take a lesson. 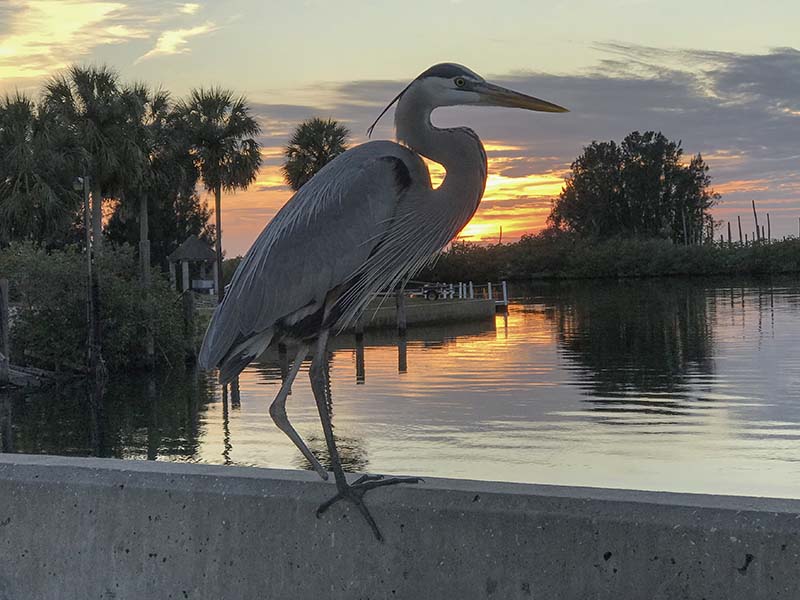 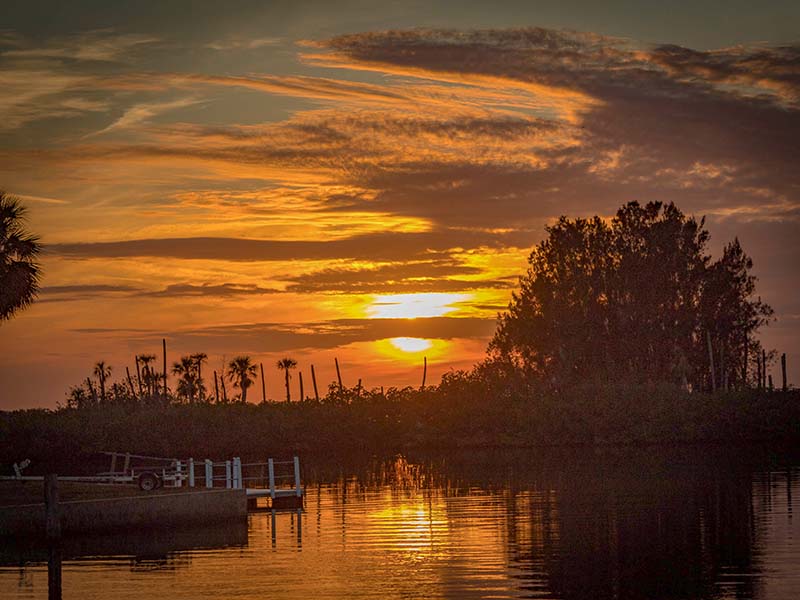