If you sang that song to yourself then you are also of an age, like me!

If you were hoping for excitement at the nest you are in for a disappointment.  The excitement happened the day before, or so I was told.  It seems that a rat snake was headed for the nest and Mama Owl flew down and tossed it out of the tree, and down amongst the photographers who were gathered below.  I wonder if anyone got photos of that?  I wanted to go back today see him, and sure enough, I think he has more dark feathers now.  They fledge, that’s fly in case you haven’t Googled this stuff, at somewhere around 45 days, and best estimate puts his age between three to four weeks.

Several photographers were giving up the vigil when I got to the nest a little after 10 AM. The photo everyone wants is of Mom when she flies out of her tree and down to the nest. I’m told that the little guy eats on his own now, so this trip happens less frequently than it used to.  The one guy who stayed had been there an hour longer than me, and as of 12:15 Mom still was stationed in the same tree that I saw her in the last (and only) time I had visited the nest before.  He had printed photos from the day before of Mom and baby lunching on a rabbit, so maybe  she hadn’t been to the nest because there were leftovers to eat today.  I had to leave to get home to the dogs, but Don was still there, watching and waiting.  When you have invested in a really great tripod you can sit in a chair and fire your camera remotely.  My next investment?  Only if I can figure out what to get… 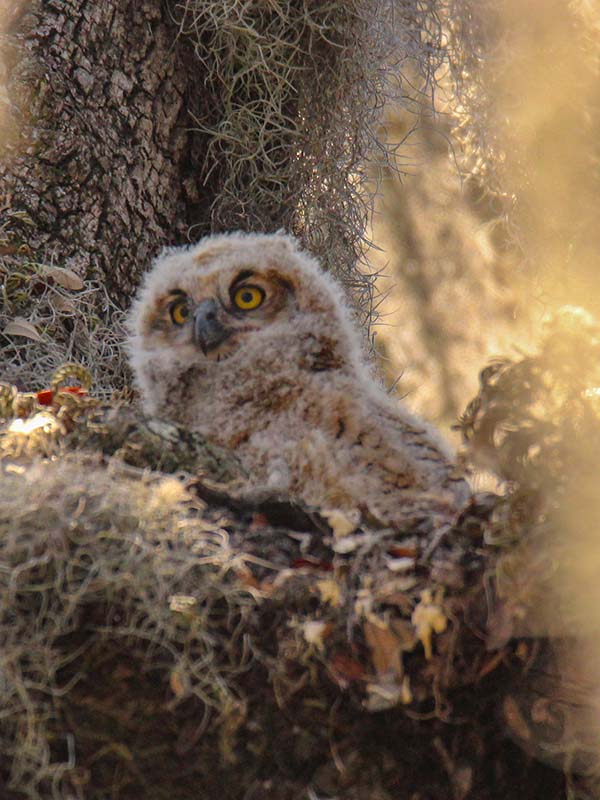 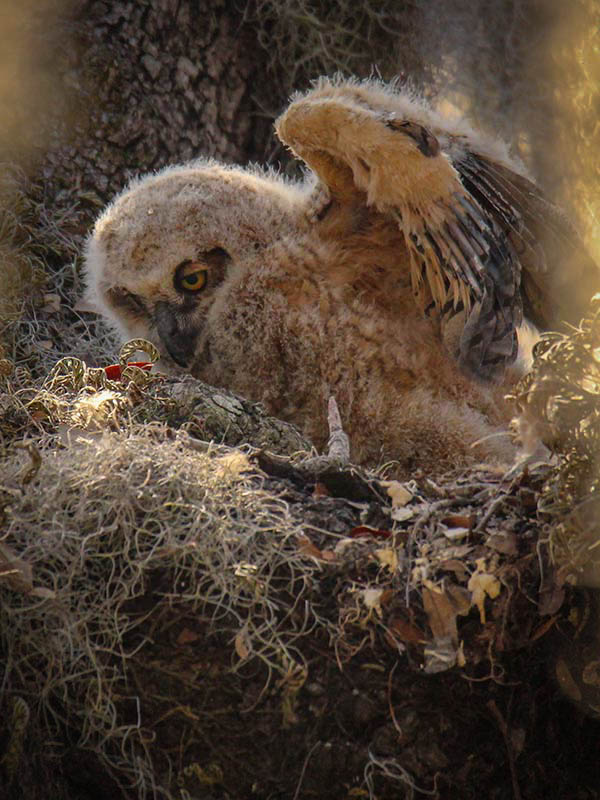 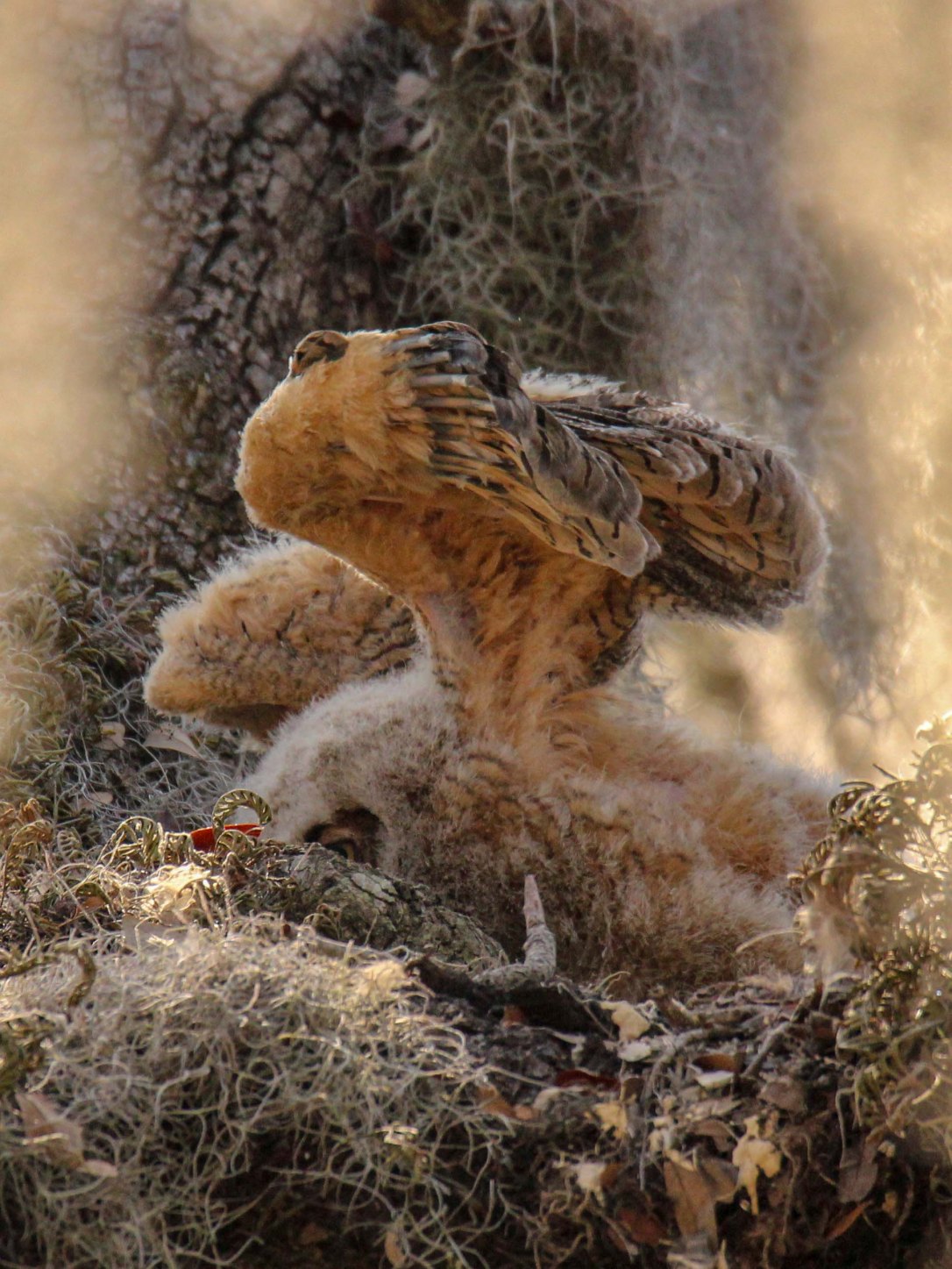 “Jeepers creepers, where’d ya get those peepers?
Oh, those weepers, how they hypnotize!”