I had to force myself out for the sunset.  I had a busy couple of days ahead and wanted to be prepared with photos just in case, but I wasn’t going out with my usual enthusiasm.  I went to Pine Island, but I just wasn’t feeling it.  It wasn’t pretty in person, and there was a large group of people settled in for the sunset in the area where I usually stand to take photos.  And that really was the problem, that after being so enthused with Pine Island sunsets for quite a while I wasn’t expecting to get anything different from all the other sunset photos I’ve taken there.  Which is why I took the photo above and the one just below, of the beach to the left, not really aimed at the sunset.  The gulls were in the air and the Laughing Gulls were laughing, calling my attention to that side of the beach.  And when I got home I was surprised that I liked the images that I had gotten.  I thought I had been wasting my time and I was discouraged, so I headed next door to Bayport. 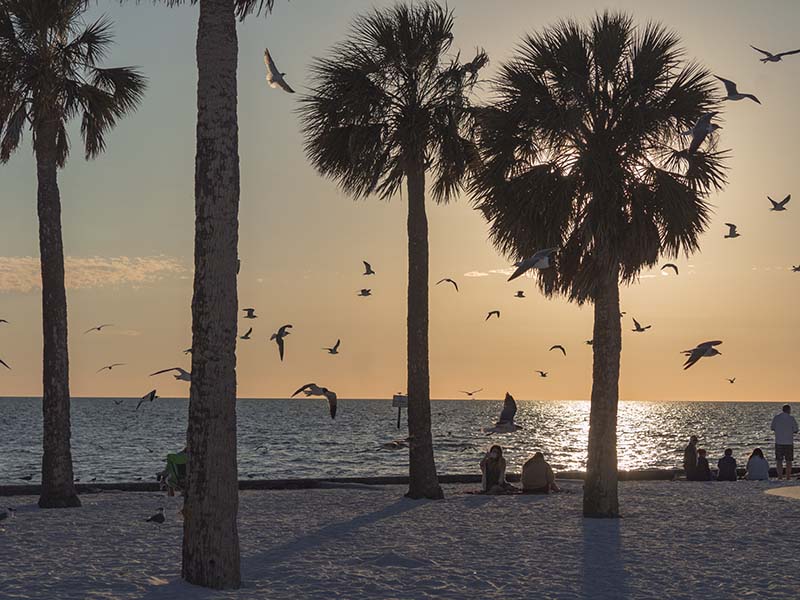 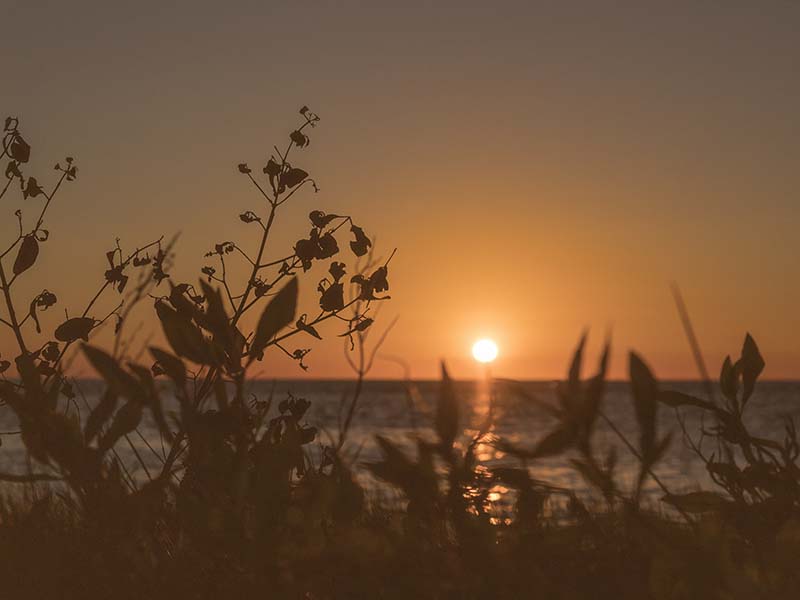 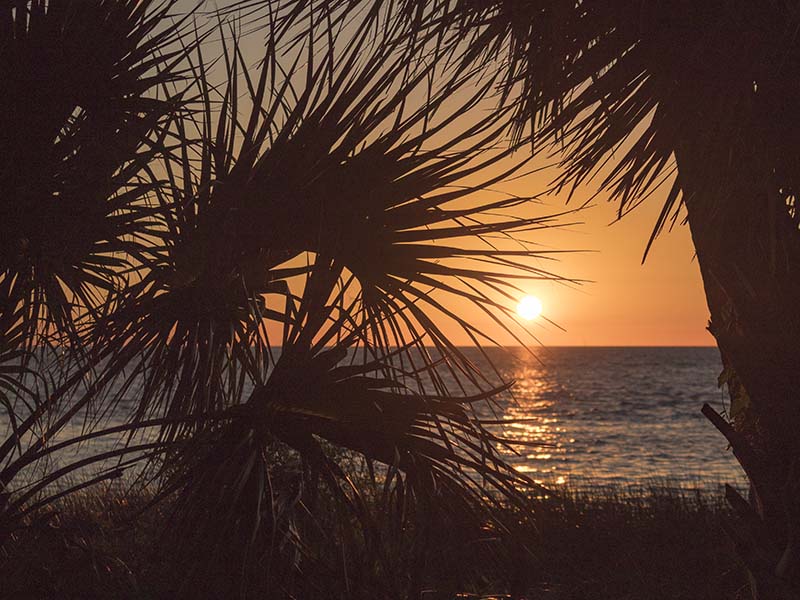 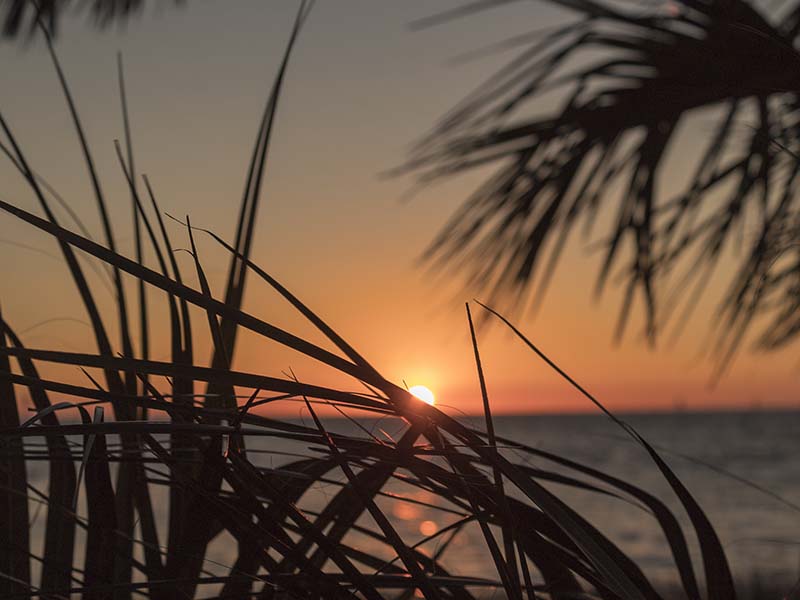 At Bayport you have a choice.  You can be out in the park area with just the setting sun to focus on, or you can park in the other lot and peek at the sunset through the palms.  For some reason I felt more like peeking.  Just me and the camera… 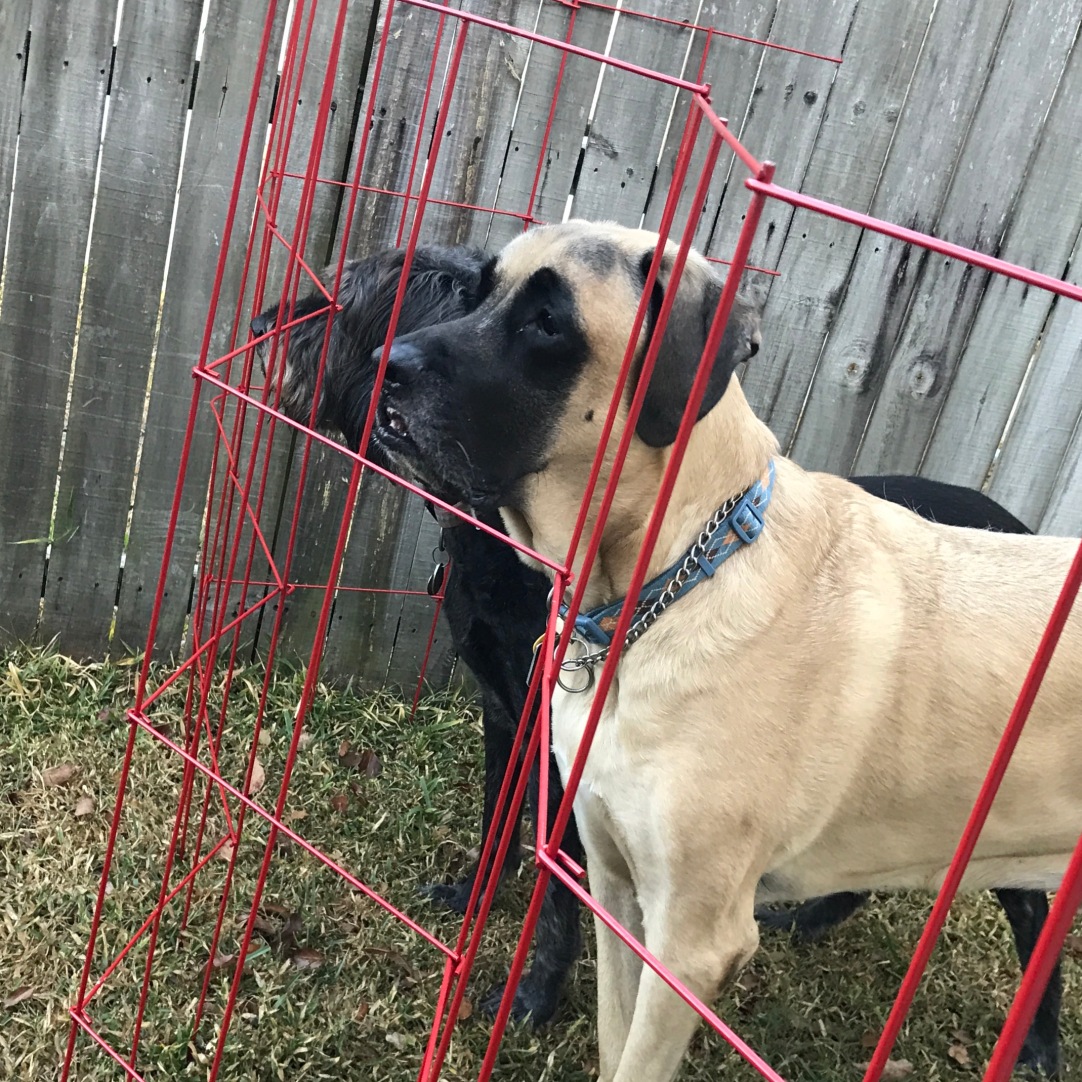