You’ve heard of waiting for paint to dry?  Well, waiting for Sandhill crane eggs to hatch is just as bad.  I don’t know why I’ve gotten it into my head that it will be any second now.  Of course it won’t happen until I’m at work on Monday or Tuesday.  But a girl can hope.

But what I did get to see was a new bird to me, a Great Crested Flycatcher.  Just ask Merlin, he’ll tell you.  It is not easy to find these birds with the 600mm lens on the camera.  You see them fly in, but you have to zoom out to find them the tree, then zoom in to get a better picture, and then focus manually since autofocus doesn’t work with the extender.  Most of the time they don’t stay still that long.  But once in a while you get lucky. 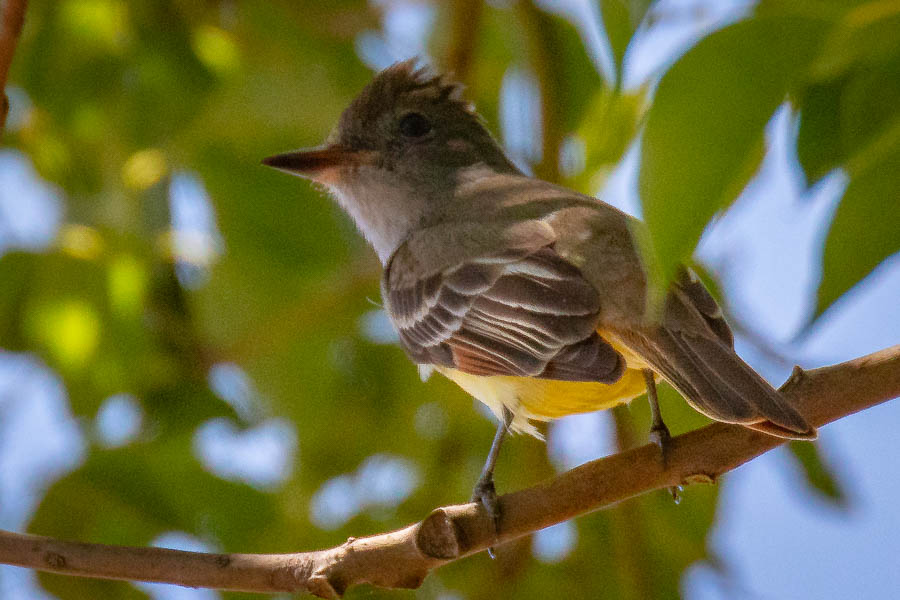 What was easier to see was the Red-shouldered hawk couple who were feeling amorous out on the telephone pole out front.  Of course I got the camera but was too late to capture any of that action.  I did see one of them swoop down and it looked as if he was going for the head of my new neighbor across the street.  He was mowing his lawn with earphones in his ears and totally missed the whole thing.  So did the hawk, thankfully. 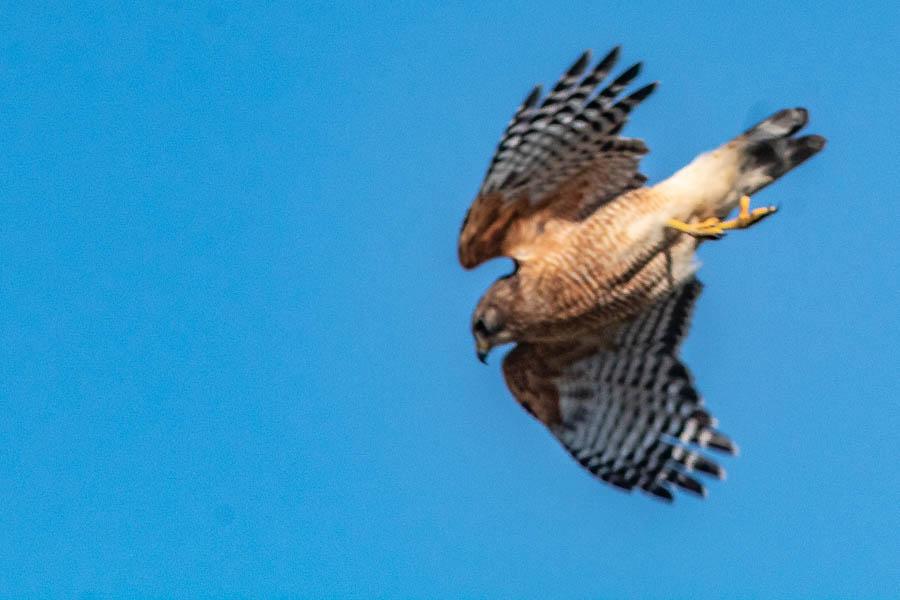 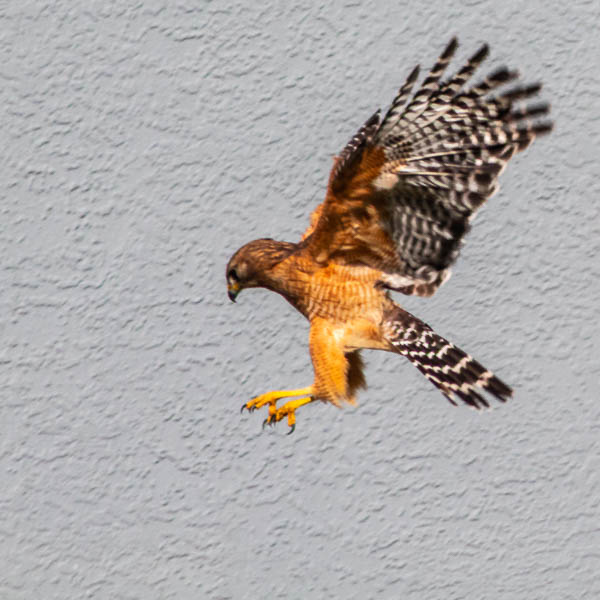 There is no picture to illustrate the snake that scooted into the water when I was out trying to cut the grass at the bottom of the slope at the very back of my property.  I thought black racer, no big deal.  But as he slithered into the water I realized he was shorter and fatter than they are, and a water snake.  I just saw a chart of the poisonous and non-poisonous snakes that live here.  I’m almost afraid to find that again.

And I got new information about the Sandhill crane family that I saw yesterday.  My neighbor was in the same traffic jam I was in, except she was going in the opposite direction.  And the traffic had come to a halt because that little family had already crossed all five lanes of traffic before I ever saw them,  And while the first baby to reach the curb jumped up and onto the grass nicely, the second one kept falling back into the gutter.  My neighbor was having a heart attack watching helplessly.  She said it took five or six tries for him to get up and join the rest of the family.  Some time ago I had read that you don’t see the Sandhill crane chicks often because the parents keep them secluded.  I wish that was more true than it seems to be, in my neighborhood at least.  So I told her the same tale, but from my perspective, and she said, “Sue, you ought to write a blog.”  Hmm, what a good idea… 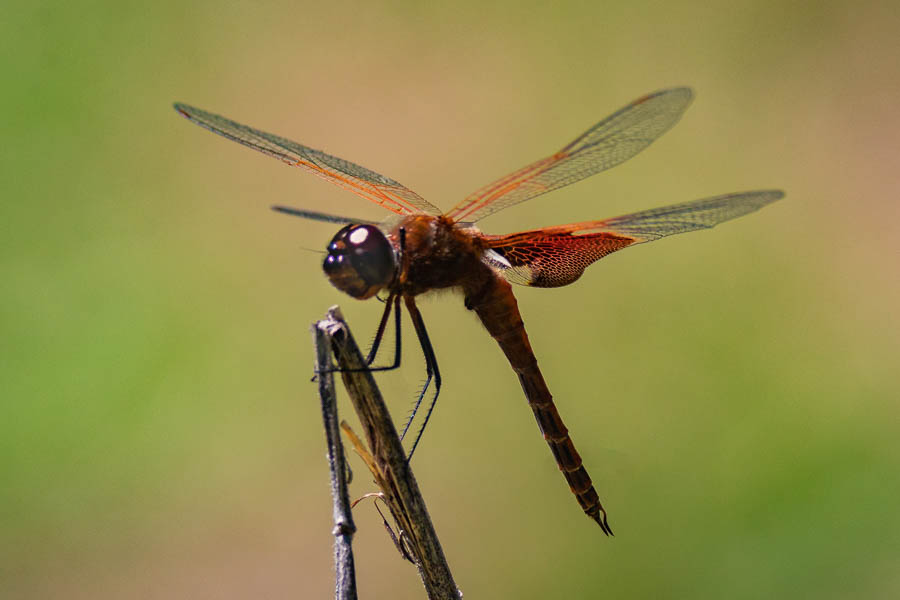 Apparently the dragonflies will be putting on a show for me whenever I’m out there.  Nice of them.