Charley told me that when he was a kid there was an unwritten rule that no one went down Light Street in Baltimore past the Cross Street market.  That ‘rule’ would explain the resistance that arose when the plans to develop the Inner Harbor area came to light.  It was said that it would never be successful, no one would ever go there.

William Donald Schaefer was the long time mayor of Baltimore, and it would be hard to find a more colorful character.  He was the driving force, and as the area was developed, and the Aquarium failed to open exactly on time, he fulfilled his pledge to jump into the water, but he did it in style in an old fashioned men’s bathing suit, hat, and carrying a Donald Duck toy.  A statue of him now overlooks the Inner Harbor area, and I sadly neglected to take a photo.  Maybe his personality was part of what made me take to Baltimore so completely.  Charm City they call it, and it was when I lived there.

Now you would be hard-pressed to stand at the Inner Harbor and not see cranes, and scaffolding, as new renovations and construction take place.  New hotels, and new upscale housing and condos, are everywhere.  The two pavilions that house the restaurants and shops are being renovated, as well as the Gallery shopping area across the street.  The fears for the success of the area were greatly exaggerated.  Change is always hard I know, and I find that I’m living in a haze of nostalgia for the past for a while now.  The past of long, long ago, and even the simpler life of 25 years ago.  I need to shake it off, the future is all we have… 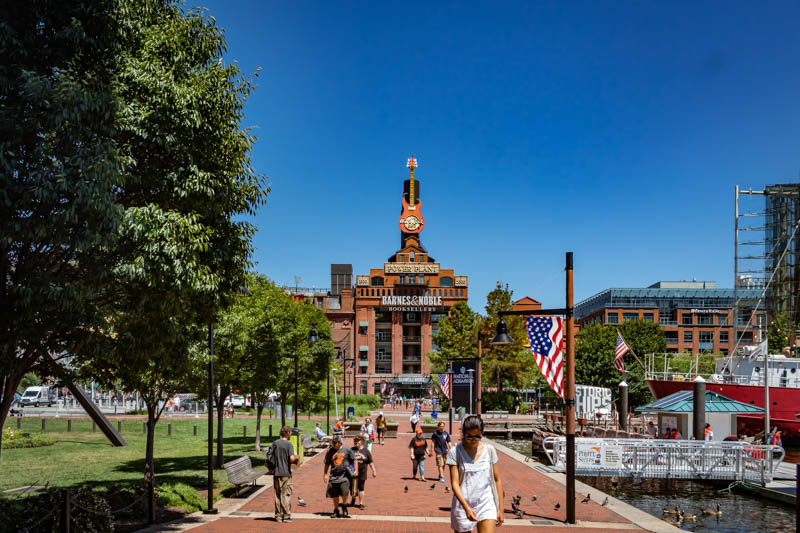 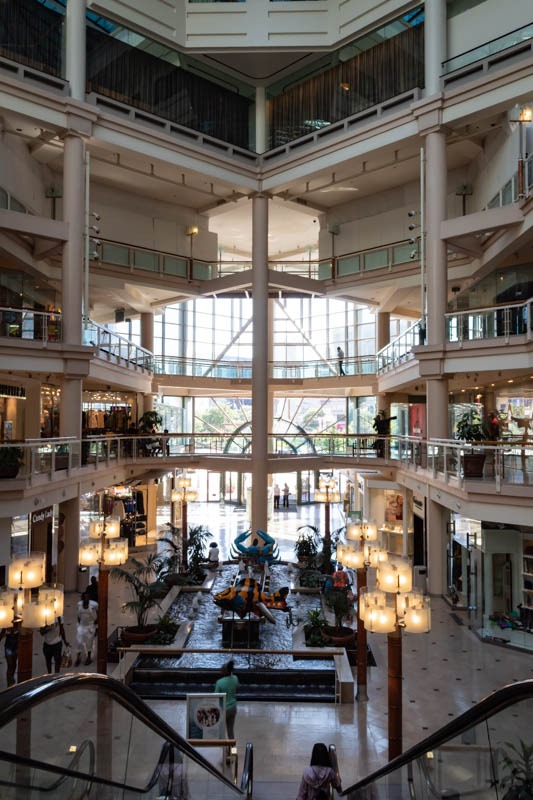 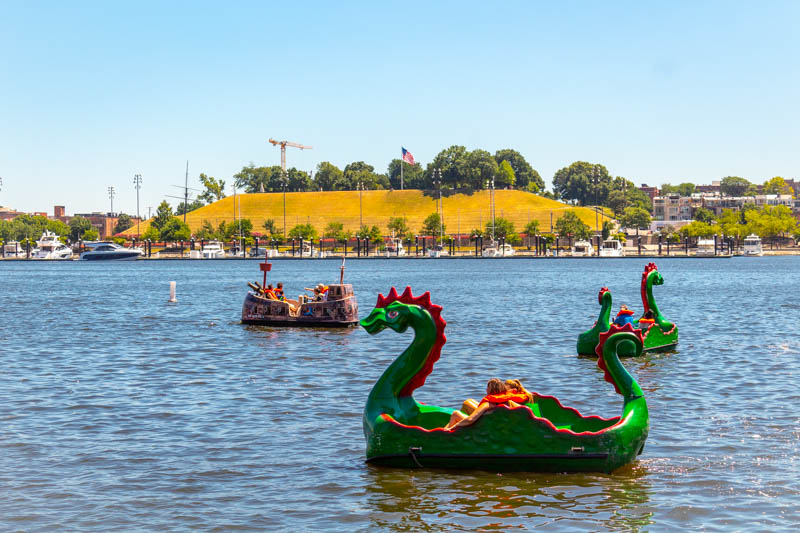 4 thoughts on “The Inner Harbor”