A 60 degree day was  all it took to get me out to the Powder Point Bridge in Duxbury, MA for what must have been the first time ever.  I had an image in my mind of a quaint little bridge, but the reality was that it was very long, weather worn, and built for utility.  There was a place to park, I was happy about that so that I could take pictures.  I expected the bridge would be the main event, but I was immediately distracted by the little lighthouse I could see way off in the distance.  The Gurnet Light I heard later.  I hadn’t used my 600mm lens in a very long time and this was my opportunity.  With the extender on the camera it was too much for me to focus sharply, and those photos turned out blurry.  I was going to have to get closer.  I saw that cars were traveling over the bridge, and even more exciting was that I could see them then taking a right and heading toward that lighthouse.  The speed limit on the bridge was 10 MPH, and on the dirt road heading toward the lighthouse it was 15 MPH, so there was a lot of time to appreciate the view that kept changing as I drove.  The ice that remained along the shore was melting and looked white and snowy.  And the signage was interesting, advising you of the dos and don’ts of watching the Snowy Owls that visit in the winter.  I wonder if they were there but nicely camouflaged.  I’m in hopes of finding Snowy Owls to photograph while I’m here this winter.  That would be the icing on the cake. 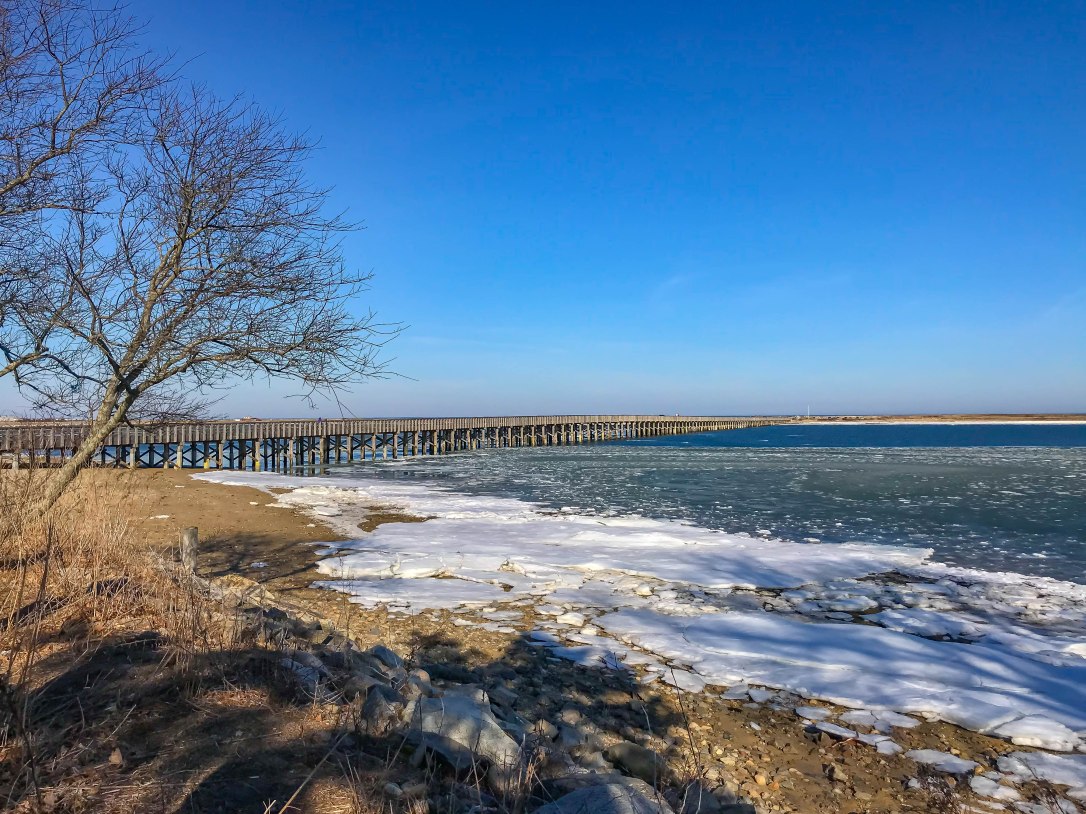 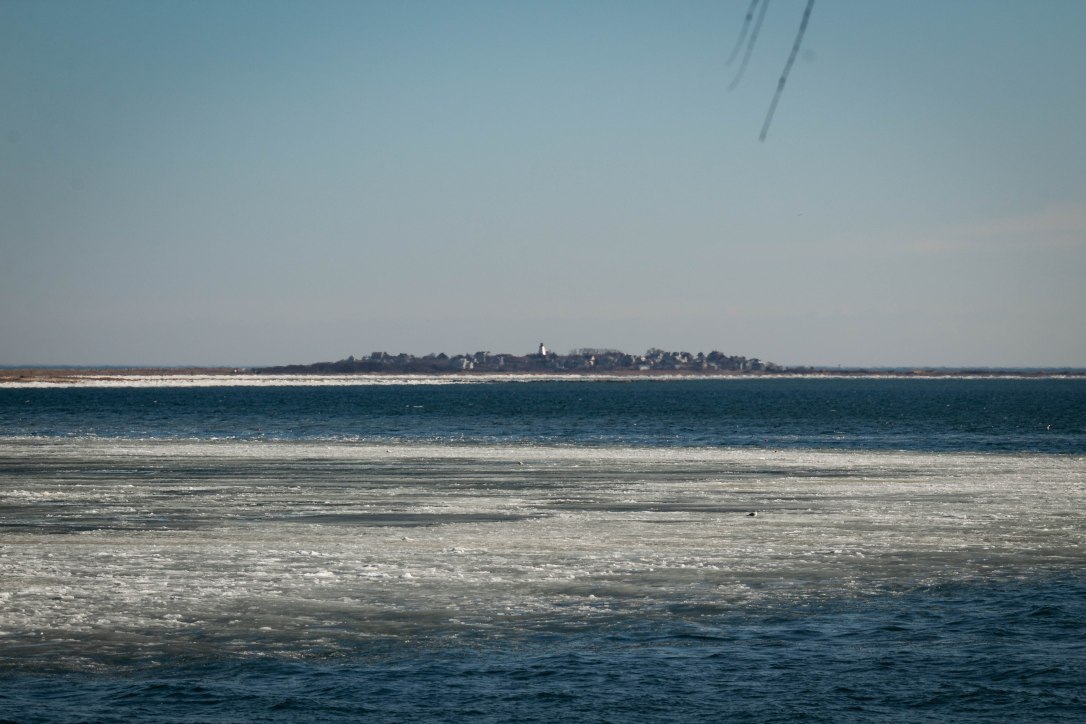 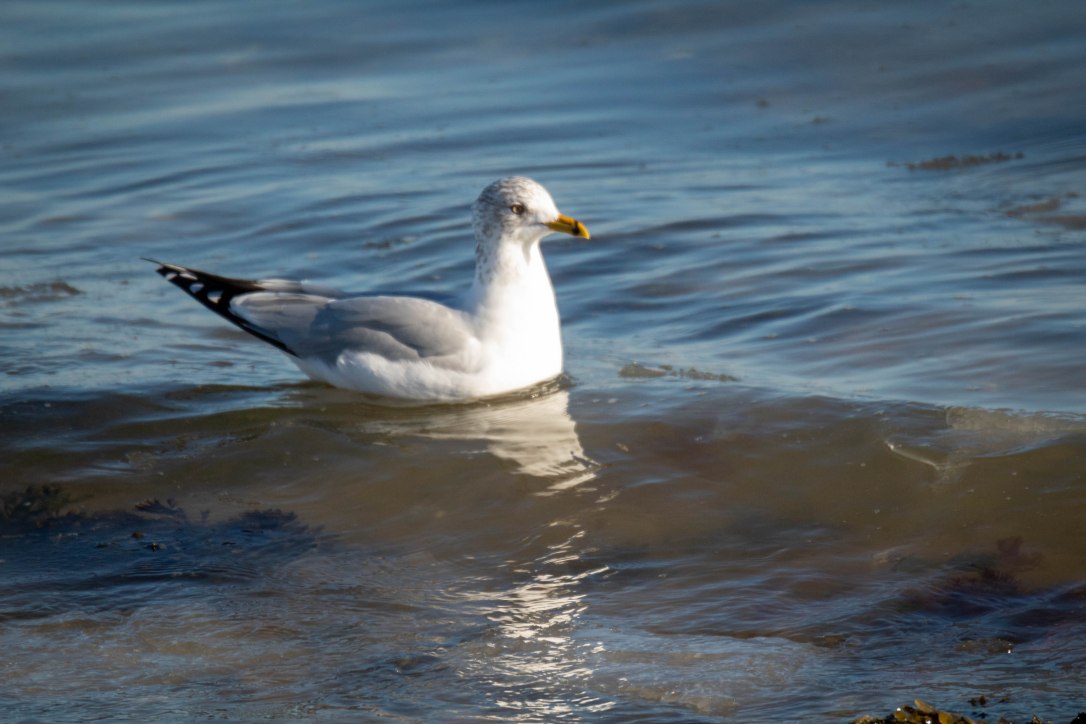 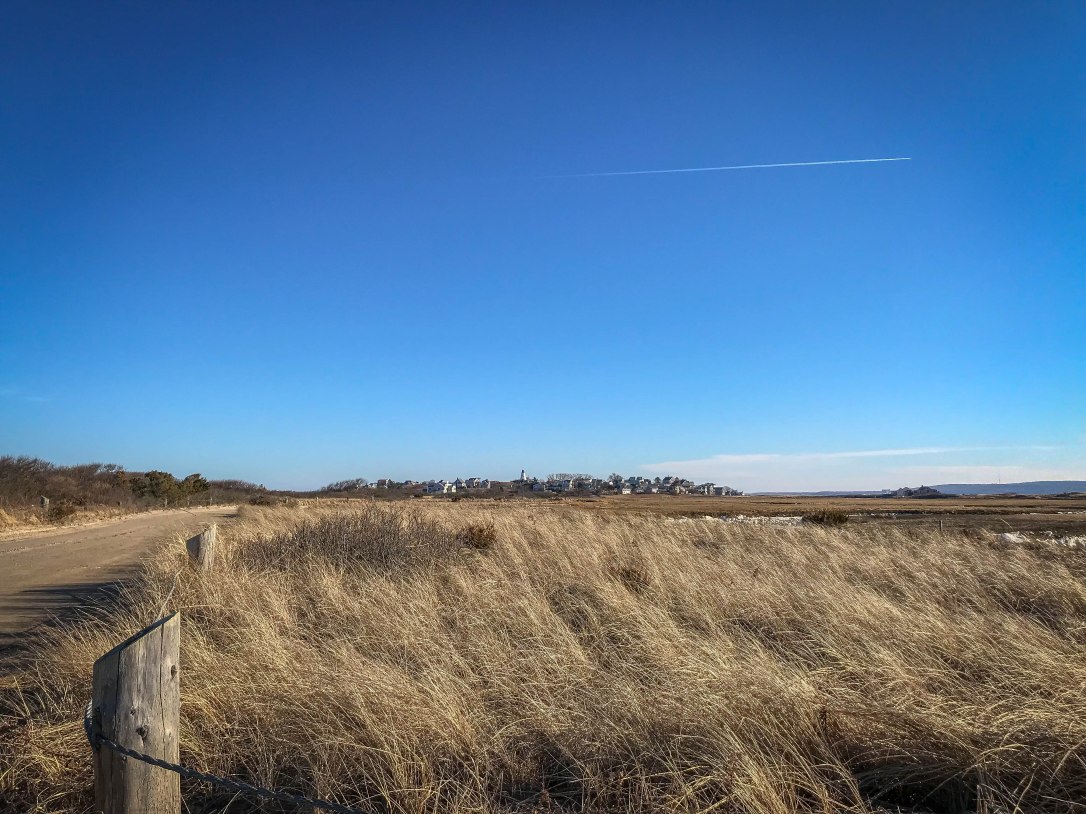 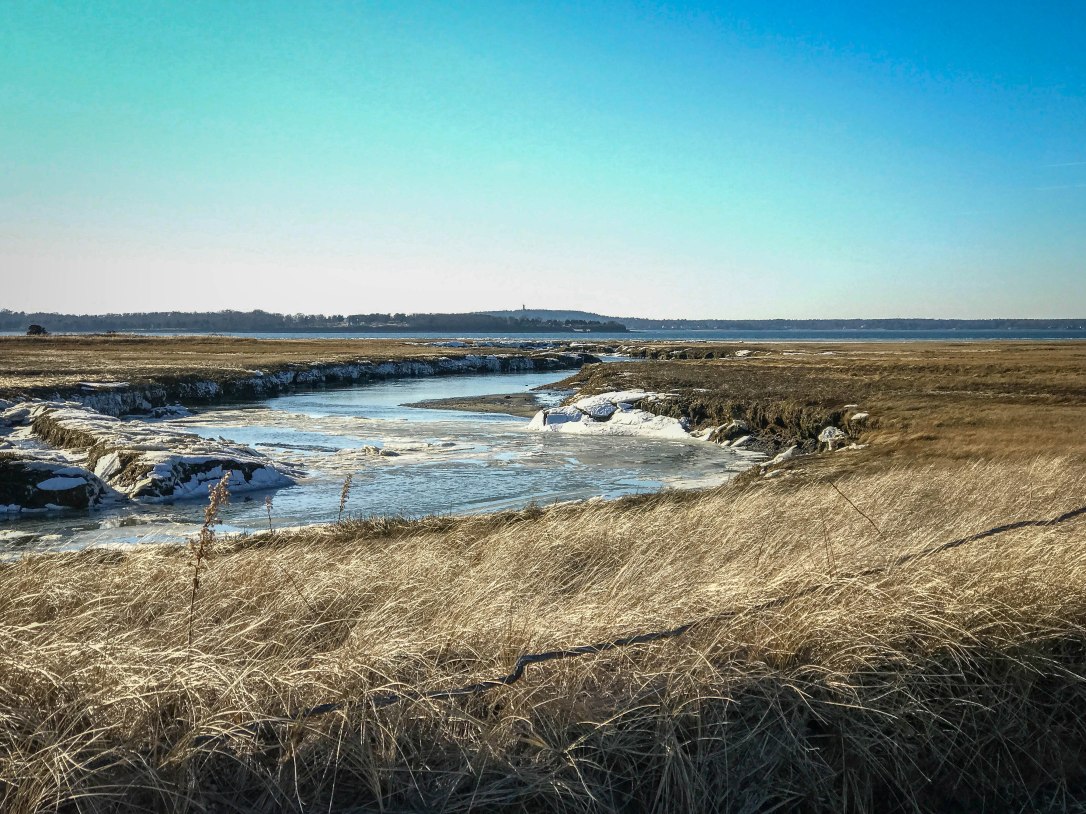 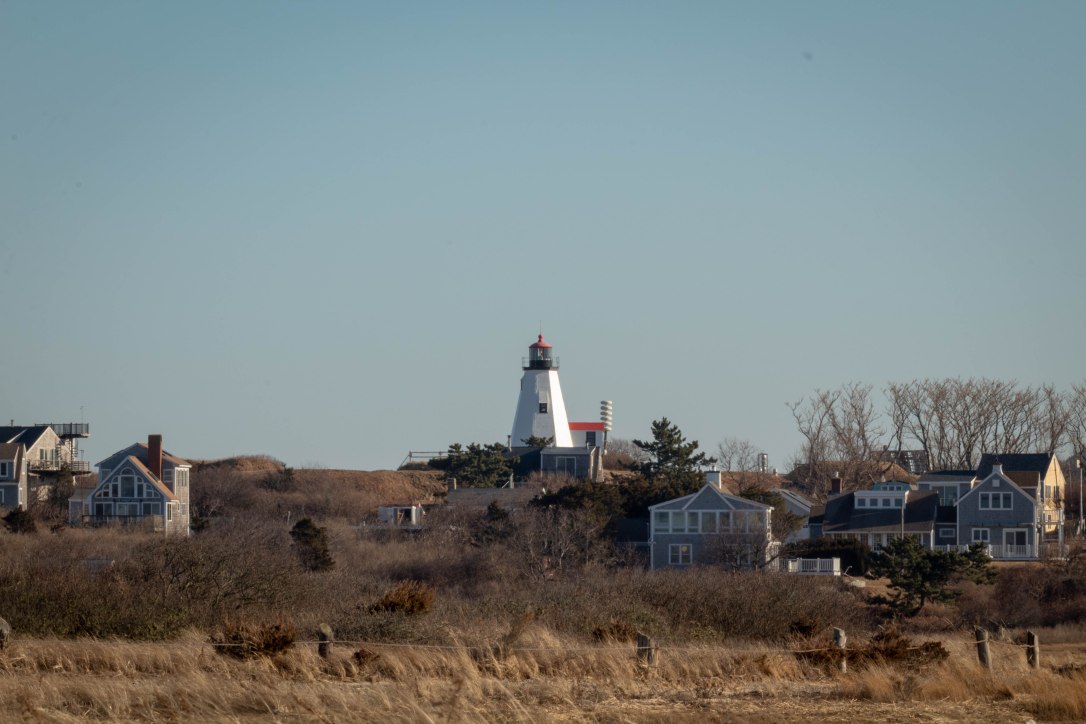 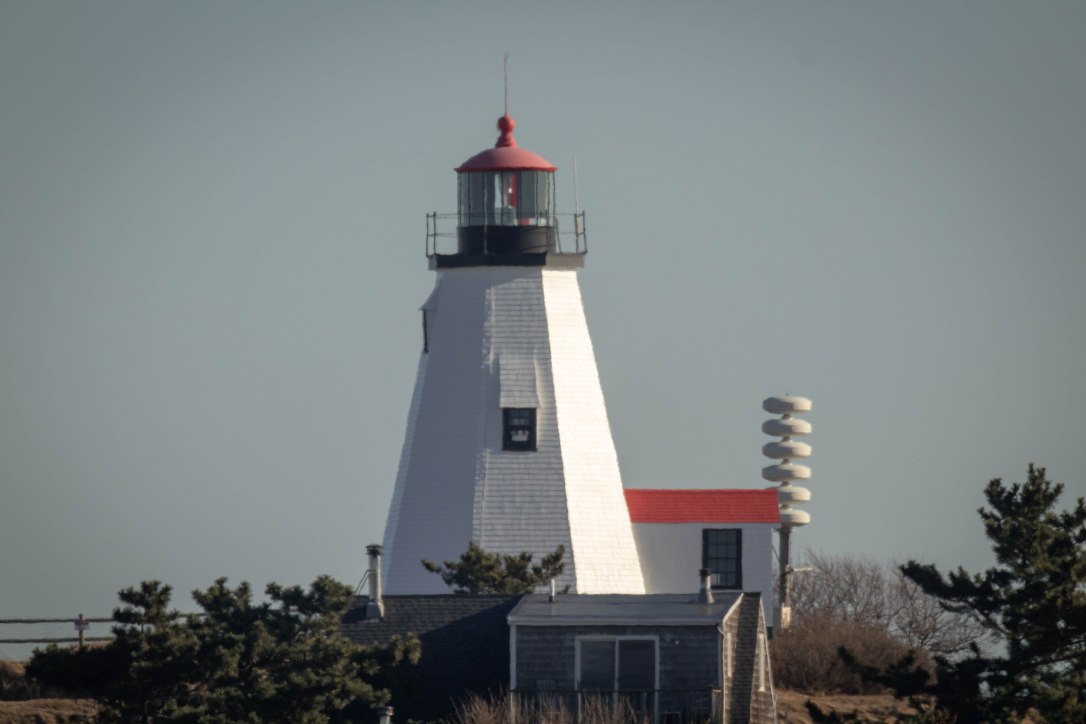