I woke up this morning in the Hudson Valley area of New York, and what woke me up was the sound of the snowplow out front.  I peeked and there didn’t appear to be a lot of snow, but what snow there was seemed to be in the process of being piled up at the end of my son’s driveway.

As I seem to do everywhere I go, I was was up first and enjoying coffee in the dark and quiet.  My son’s house sits on a hill, and with the land falling away from the house out back what you are seeing out the back windows are the tree tops.  I wasn’t fast enough to take a photo of the owl that was out there last evening.  I saw him fly from a closer perch to one further away, but by the time I had the camera out he was out of sight.  We could hear him though, so it was frustrating.  Maybe I was looking for the owl, or maybe I couldn’t have missed the view out back as it got lighter out there this morning.  But those tree tops were encased in ice, and as the sun hit them they were spectacular.  A true winter wonderland.  I had to stand on the steps in order to take pictures, which left me without a perch for a tripod, and I had gotten the 600 mm lens out and I thought I wouldn’t get any sharp photos, it would be futile, but I took some anyhow.  And I thought it was raining because I could hear rain falling, but I was surprised to realize that it was the ice melting off of the trees that was what I was hearing.  It was a beautiful morning… 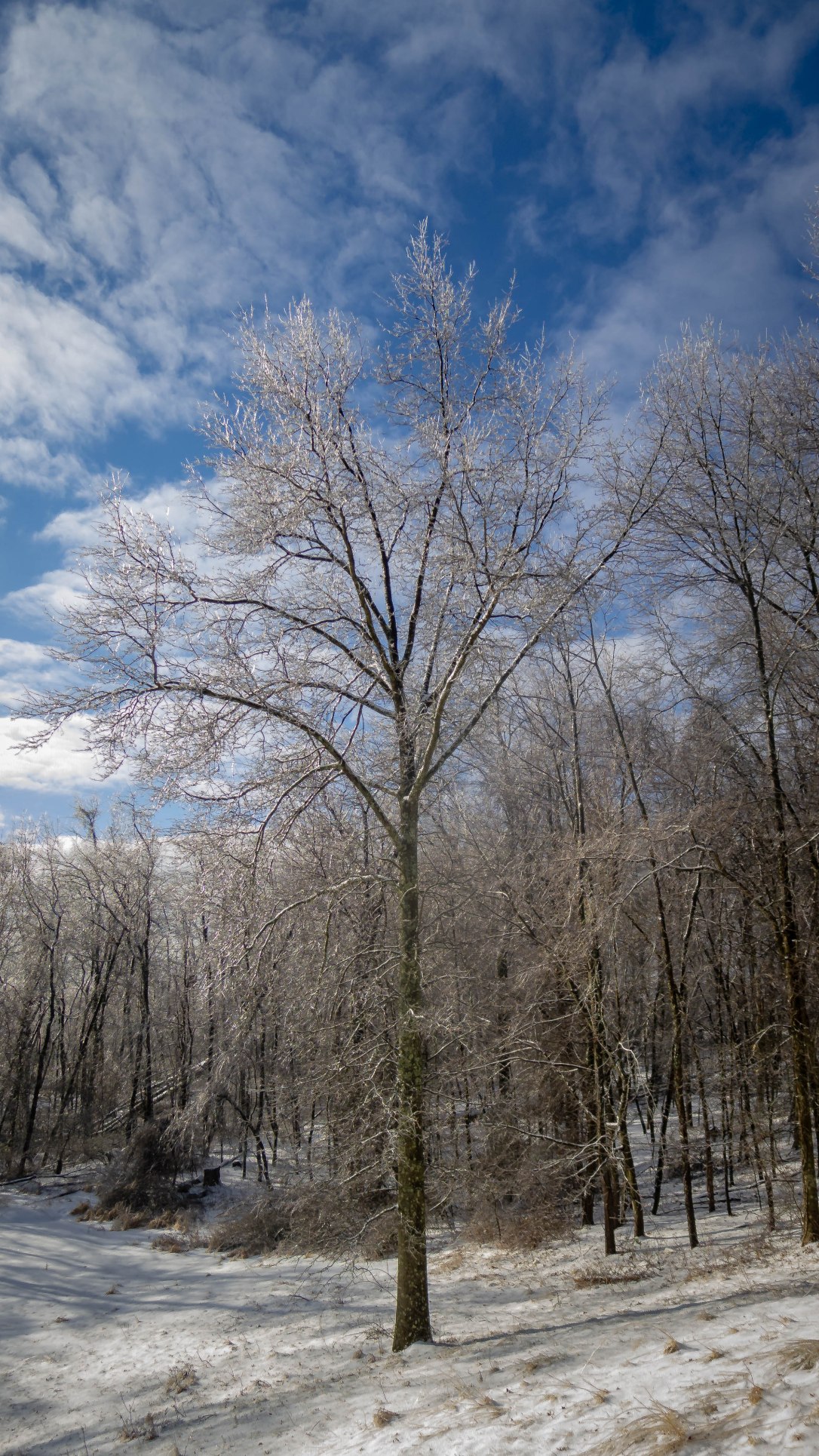 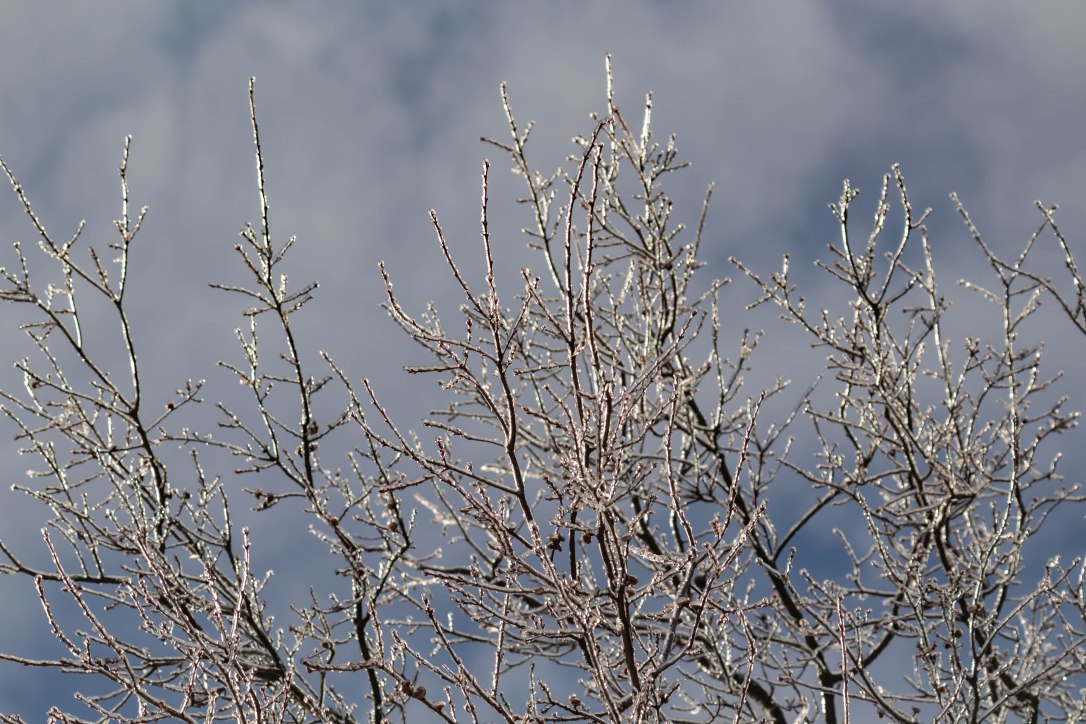 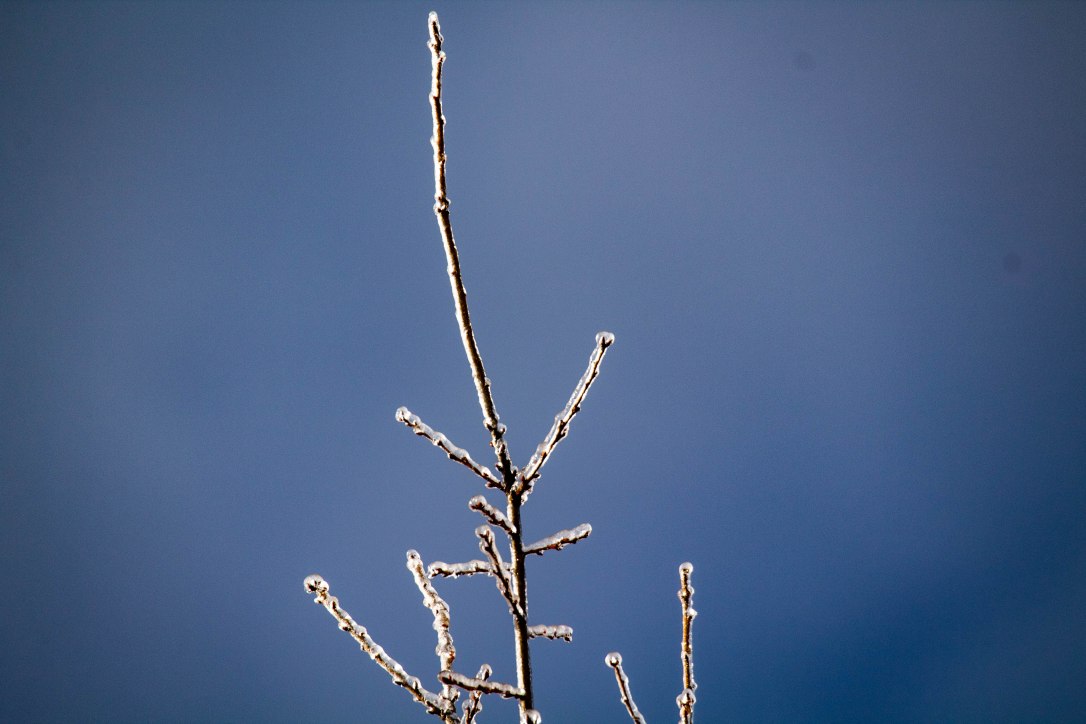 It didn’t take long after the holidays for me to remember that during my growing up in New England years I had always hated January.  Gloomy gray days looming endlessly ahead, with nothing to look forward to but more gloomy gray days.  This has been especially evident in my recent photos, which aren’t intentionally black and white.  It’s just that this is it.  It’s what we’ve got.  And in reality with the snow falling it was prettier than this looks.  This is the view from my son’s front porch, and on other visits I’ve taken beautiful sunset pictures from this same spot.  It was a four hour drive to get here, and one weather report from Tuesday had insisted that there was a ‘wall of white’ coming, so I was especially happy to have arrived ahead of the snow.  But arrive it did, just in time for photos. 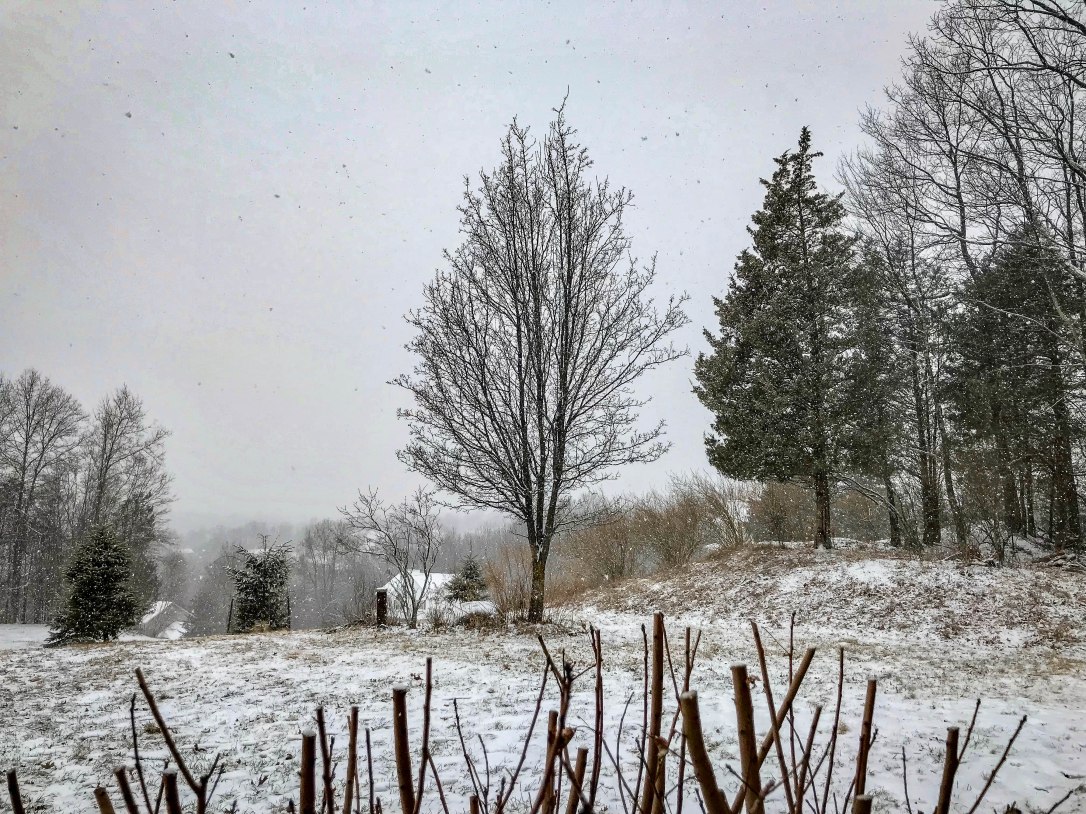 Back on the Cape I had noticed that Ozzie’s footprints in the mud had been preserved after he was gone, and I took this picture.

Maybe that’s why I noticed this as I walked from my car into my son’s house.  A footprint of another kind.  Human, and barefoot in what I had to assume was the slush.  What crazy person walks outside barefoot in the slush?  That would be my granddaughter.  I only wish I’d had my phone with me to take a picture before the snowflakes blurred it a little. 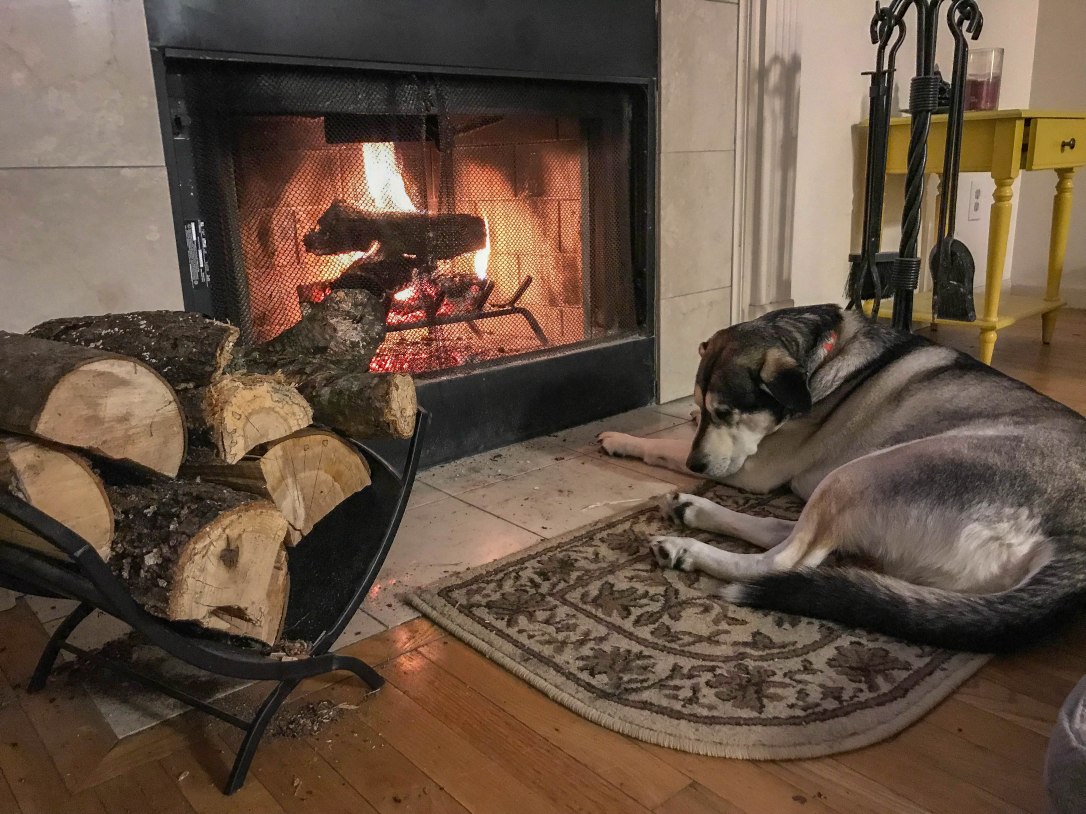 I was out for pictures for a little while, but then I thought that Flash had a better idea, and I joined him by the fire.  My feet were only slightly less cold than if I had been out there in the slush barefoot.  If the fact that the snow plow was just here means anything those footprints are totally buried now.