I had left the house that morning, Wednesday to be exact, and as much of a plan as I had in mind was to go to Home Depot.  But from there I decided to go check on the eagles, and then Anclote River Park, and then the rookery. There were two tempting photo ops with the photography group scheduled for that night, both of which involved shooting the moon-rise, but they were an hour or an hour and a half away, and I was tired.  But it was on my mind to get out there so I headed back to Green Key park, and I was so excited over the pictures I thought I might have gotten that I didn’t even allow myself to look at them until now.  I was afraid they hadn’t turned out the way I hoped they would, plus I didn’t want to rush them.  But this morning I finally decided that the time had come to see them, probably because I’d seen some incredible moon-rise shots from the group and I was hoping I wouldn’t feel like kicking myself for missing that opportunity. And no, I don’t, but why didn’t I think to stay out for the moon-rise also?  Okay, kicking myself a little, but that cloud cover was pretty intense. 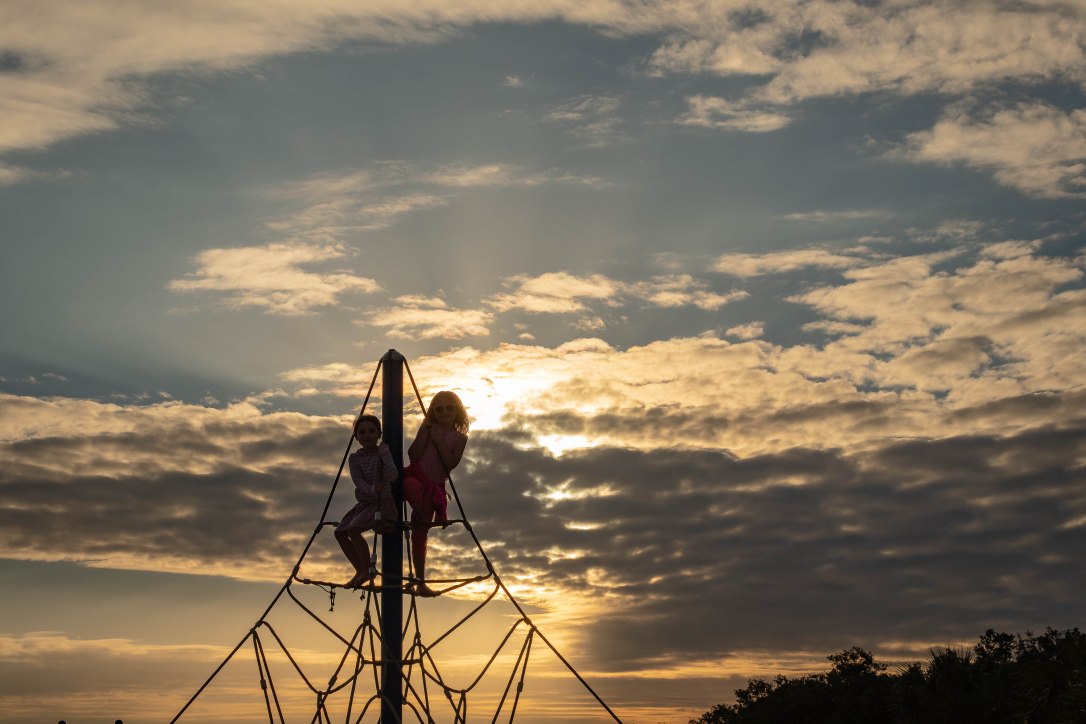 Saw this as I was walking to the beach from the car.  I so hoped they’d still be there when I got set up! 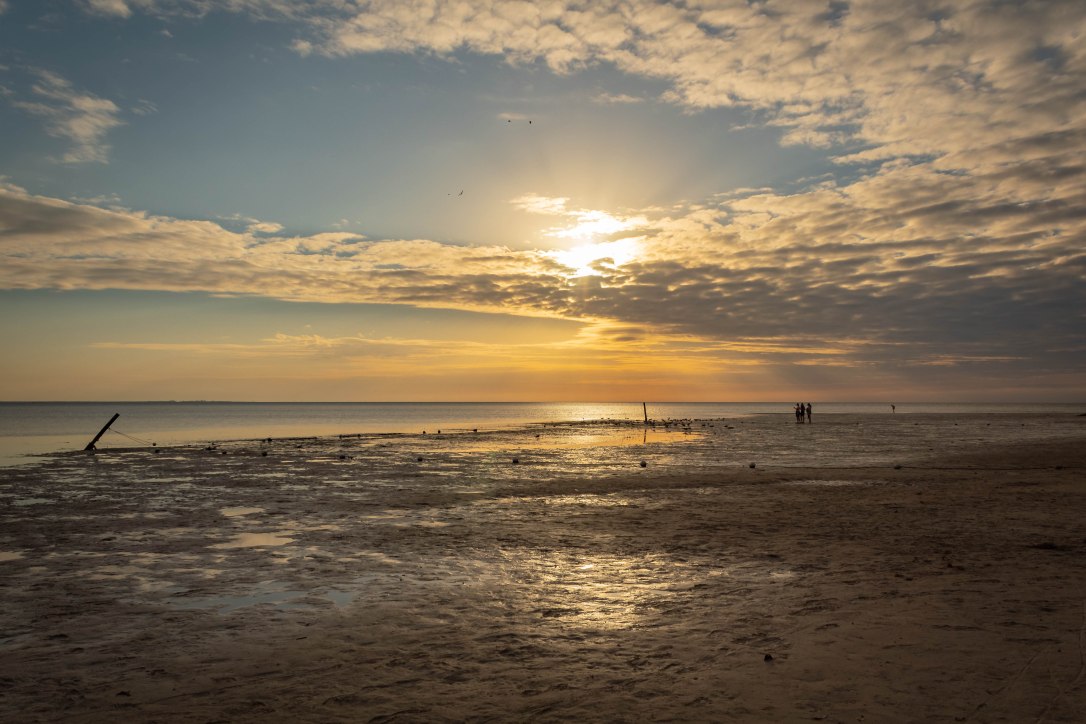 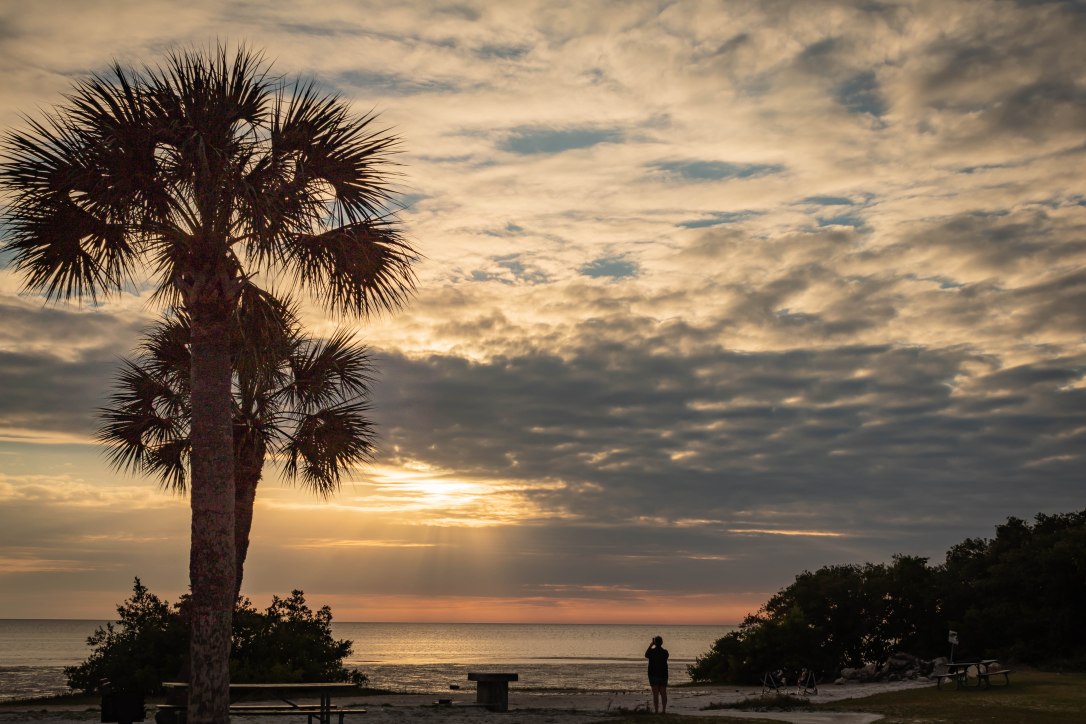 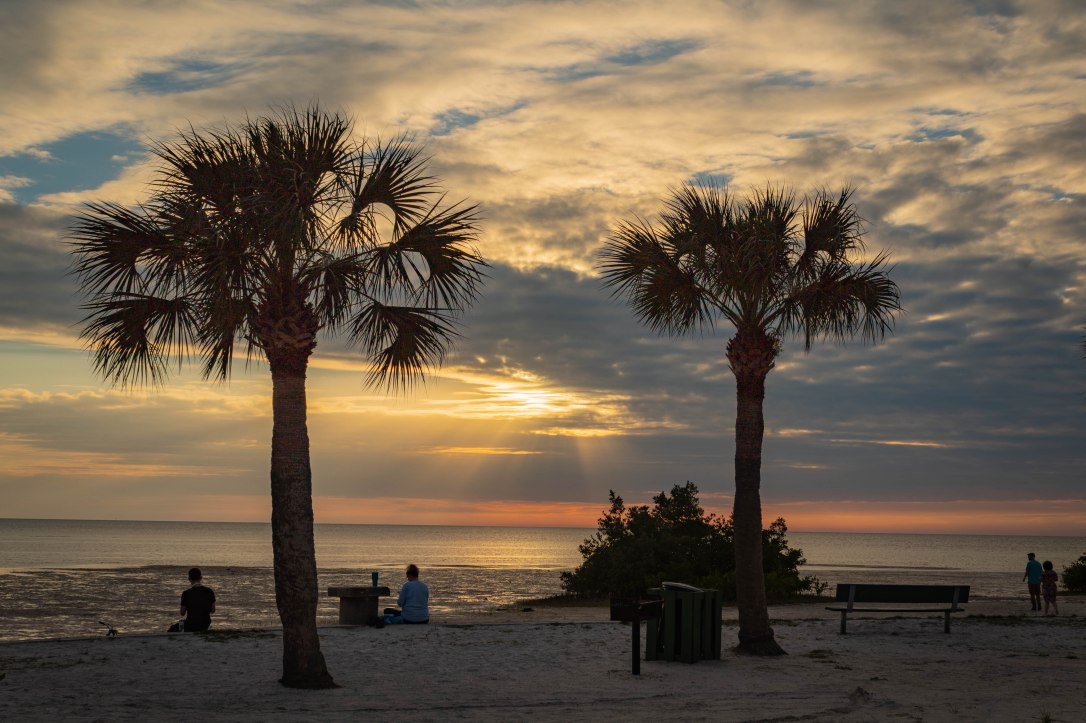 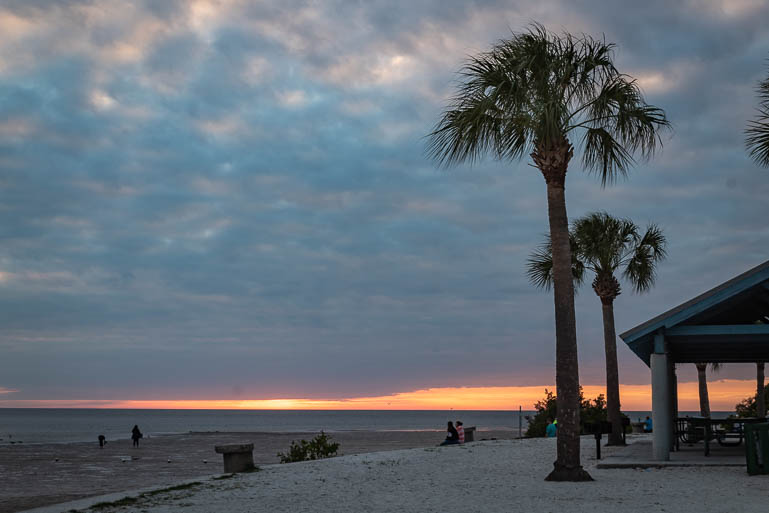 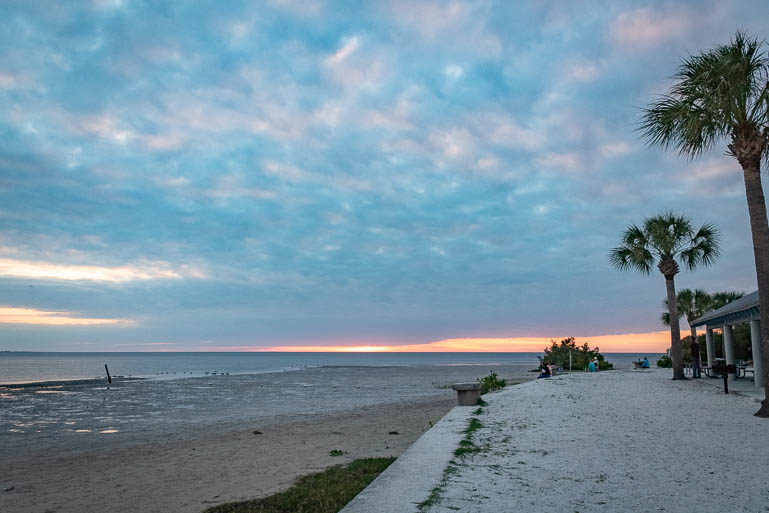 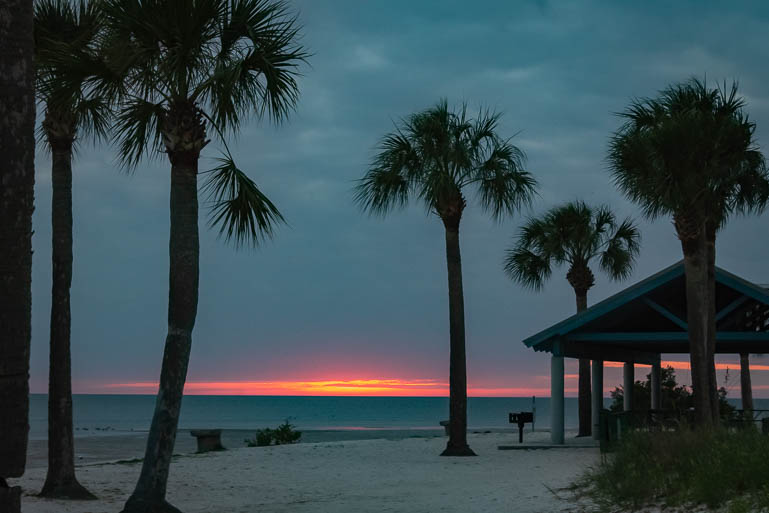 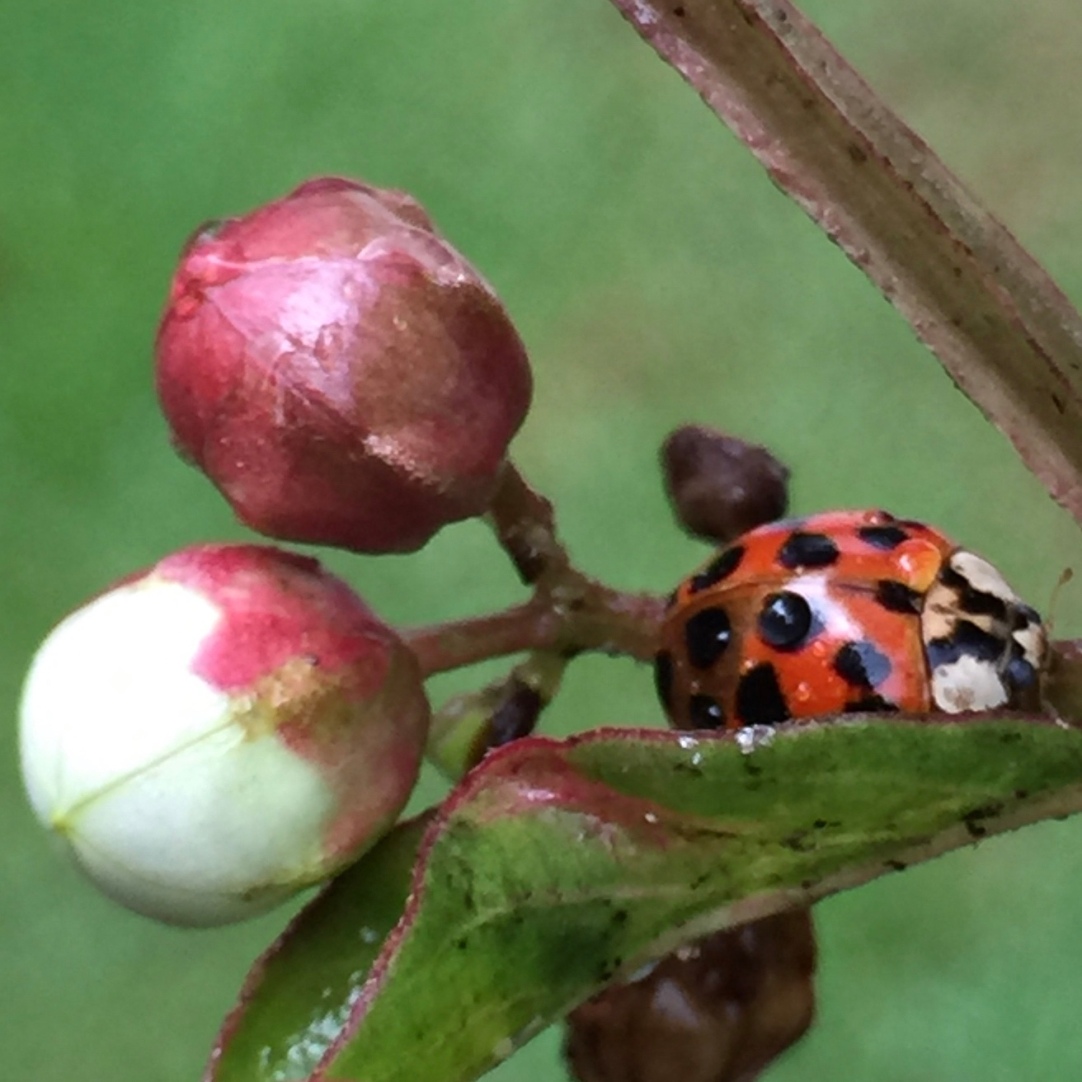