This phrase has become a joke within my camera club, FCCP, Florida Center for Creative Photography.  It’s a favorite saying of our fearless leader, Jeff, and I took it to heart yesterday.  It was cold and overcast and I wanted to wrap up in a blanket and read, but every time I went into the kitchen to get a cup of tea I would see not one, but two, hummingbirds buzzing around the feeder.  So eventually I put the biggest lens onto the new camera, plus I used the extender, and I upped my ISO to 12800 and attempted to get pictures of them in flight.  The extender requires you to use manual focus though, and I probably would have done better without it.  I suppose that’s why we practice.  And the ISO could have gone higher even, so I’ll probably be out there later today.  It might even hit 70 today.  That would make this Floridian happy! 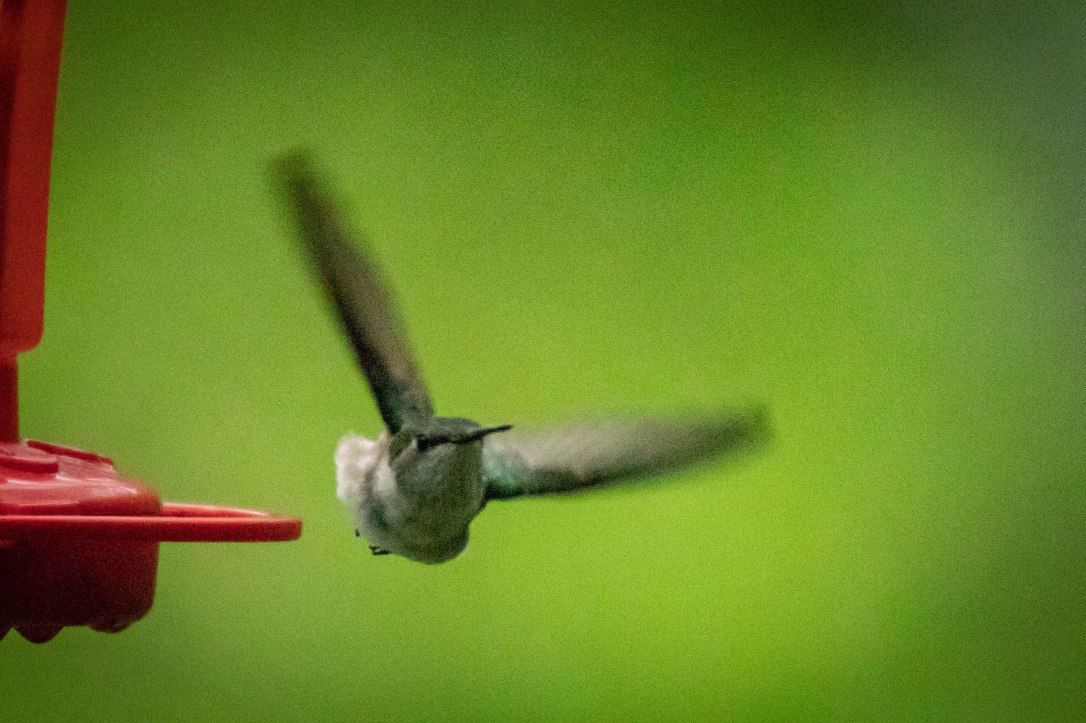