I have a friend who might stand beside me while we look at a beautiful mountain landscape, he would want to climb that mountain, as long as it was 4,000 feet high, while I’m content to take pictures.  I’m an observer, and that’s as far as it goes.  Usually.  Not just mountains, there is no telling what will catch my eye, this building certainly did.  And I had taken pictures, and I believe I put a couple on the blog a while back.  But my cousin suggested that I go inside.  “It’s magnificent,” he said.  And I did that the other day.  I snagged one of the three parking spaces at the side of the building and discovered that he was right.  It is startlingly beautiful. Mind-boggling to me.

Bradford, VT was the first town in the state to receive a charter for a dedicated library.  That took place in 1796.  But it took until 1895 for John L. woods to will $15,000 toward that end, and Lambert Packard to design it, and the Woods Library was dedicated on July 4, 1895.  All of which I looked up just now, thank you Google.  But the population of Bradford, VT is currently 2619, and I don’t imagine it was more than that in 1895.  So I find myself astounded at the architecture and detail of the building.  A gem of a building, not in a big city, but in a small byway in the country, and intended for the people of that town.  And I felt that way just looking at the outside.  But the inside looks like a magnificent gentleman’s library.  The wood working, high ceilings, and attention to detail are a wonder to me.  Credit my lack of education in the arts, we didn’t study much of that in dental hygiene school.  Thanks to my cousins for telling me that I needed to see the inside of that building.  It was well worth another trip… 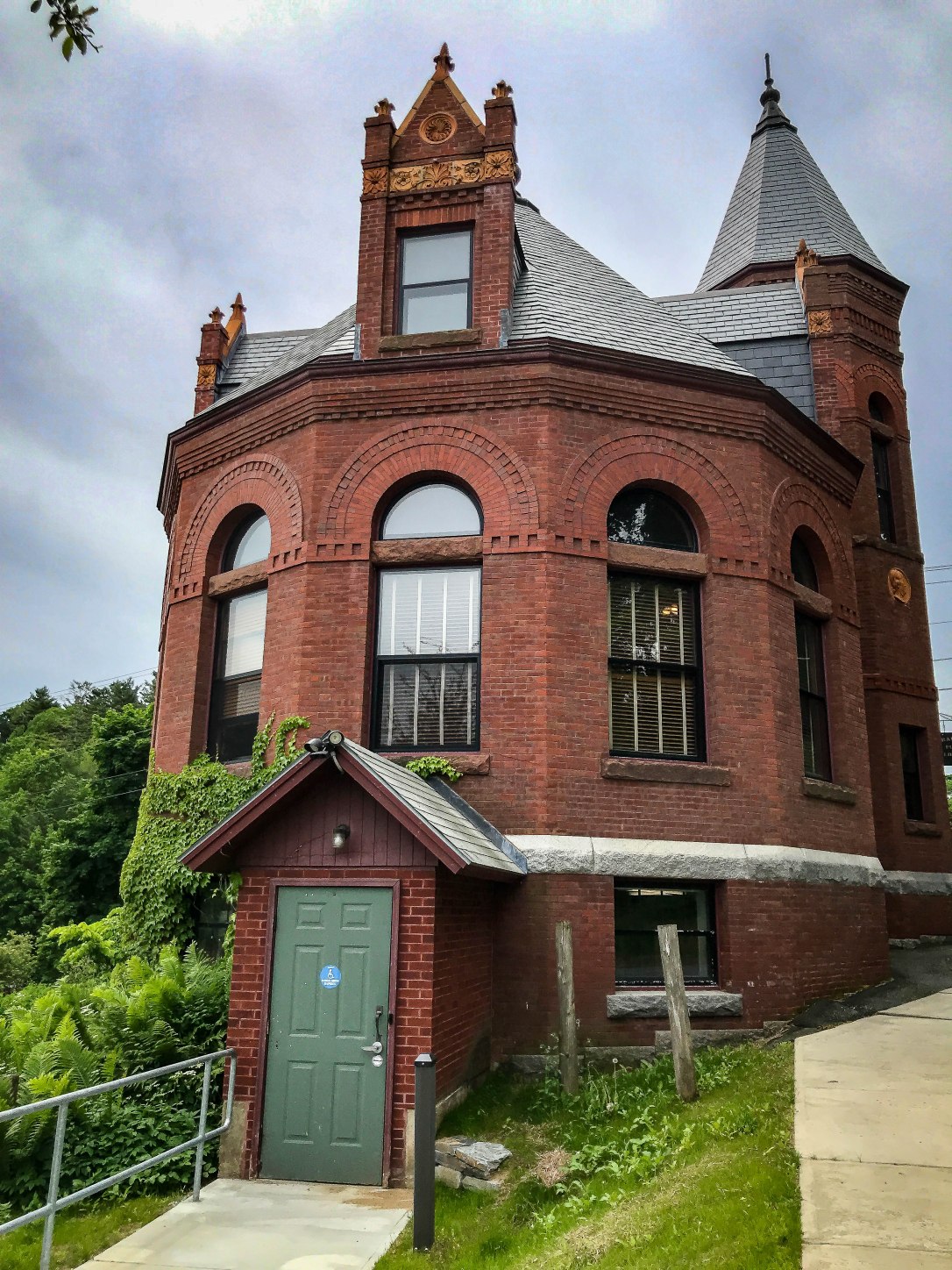 Right from go the reception area with it’s loft above told me I was in for a treat.  But I had to start with the main reading/computer room.  There was a man on one of the computers, and another one at the table smack in the middle.  I felt badly as I tried to take photos around them without disturbing them.  And circled back in case they had left but they hadn’t. 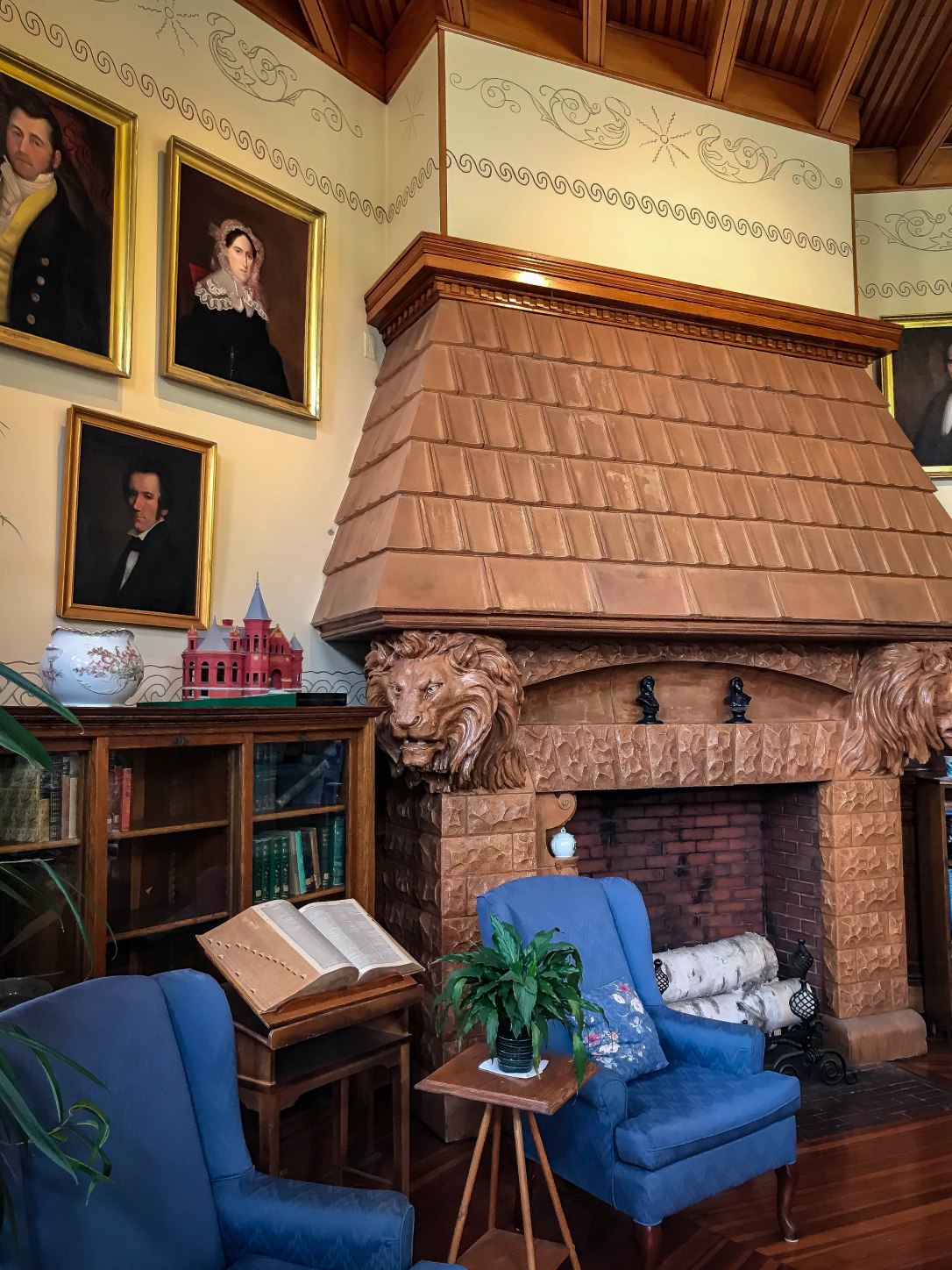 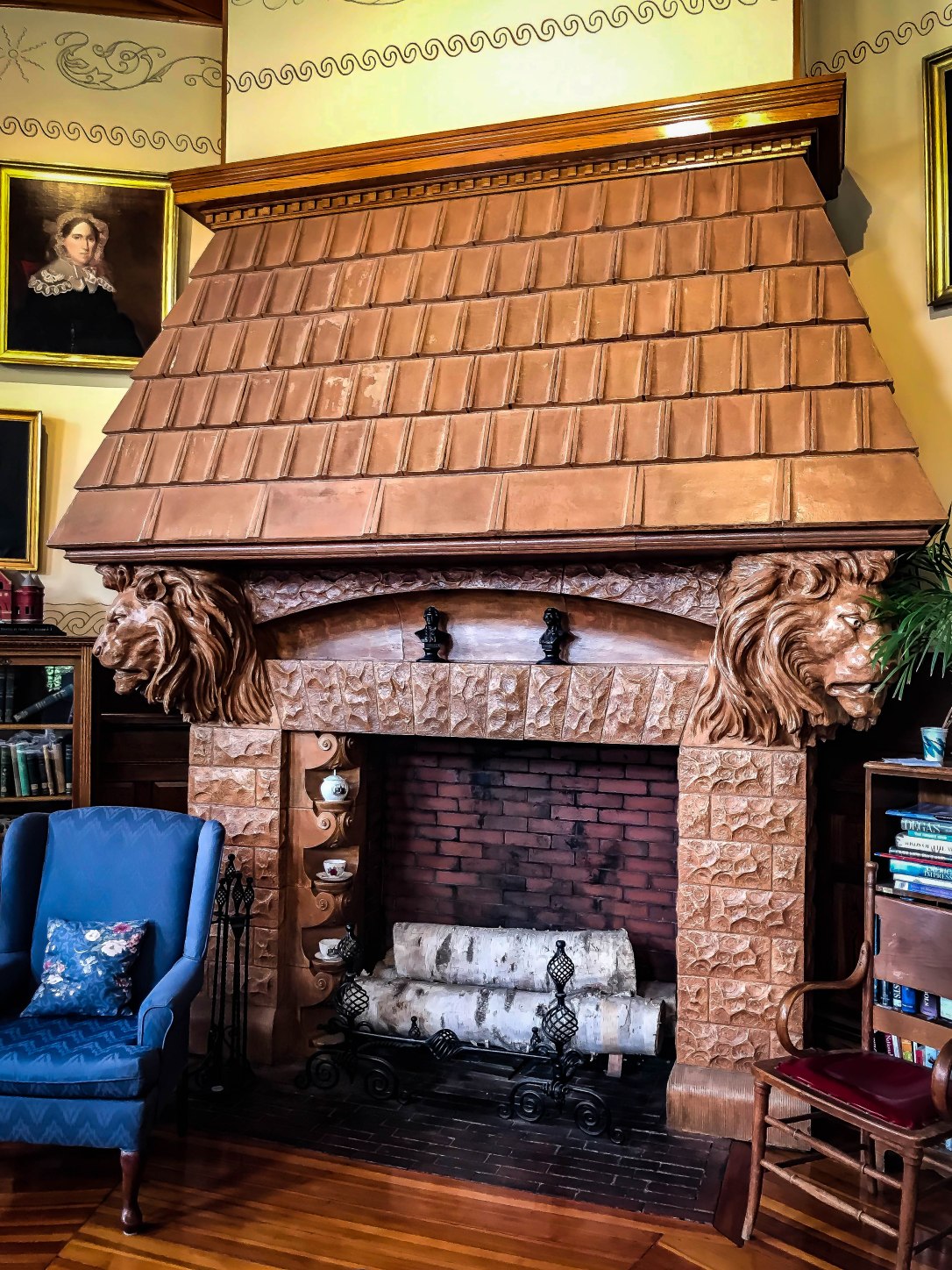 And then the loft area was next. 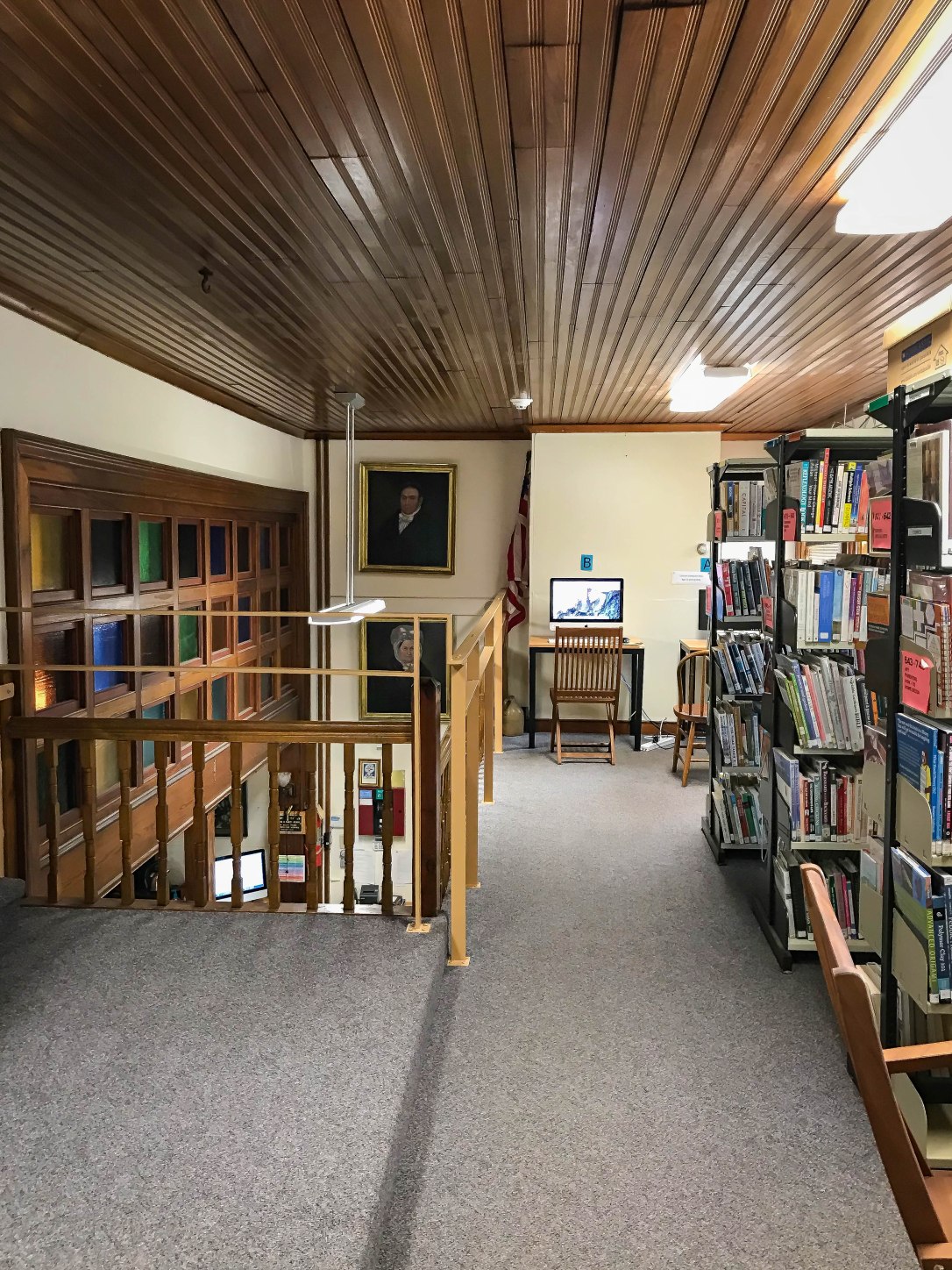 Perhaps I’ve spent most of my life with blinders on, distracted by the glitz and glam, and missing the bigger picture all together.  Here I’m on this road trip in search of my youth, the person I used to be, was supposed to be, and what I’m finding is a new appreciation of all that I see…

4 thoughts on “Call me superficial…”