It was my last day at the campground in Boothbay and I was determined to see as many more lighthouses as I could manage by car.  I had missed the lighthouse cruise the week before and the next was one scheduled for the day after I left.  So I set my sights on Southport.  Have you ever looked at the coast of Maine on a map?  Another camper told me that he had just seen a map on the wall of a friend’s house, and that he had grown up in New England, but he also had never realized that the coastline of Maine is made up of lots of little islands, and/or peninsulas.  I thanked him because I thought I was the only one who had been in the dark on the subject.

You enter Southport by crossing a bridge, which I did, and then parked to go back to the bridge for pictures.  I rushed when I saw that the ‘drawbridge’ had actually swung open to let a little boat pass through.  And three sailboats were lined up to go through in the opposite direction.  The keeper said that during the summer the bridge operates on a schedule. on the hour and the half hour.  He was very friendly and said that any place I saw a town pier or beach I could go and park for pictures, and off I went. 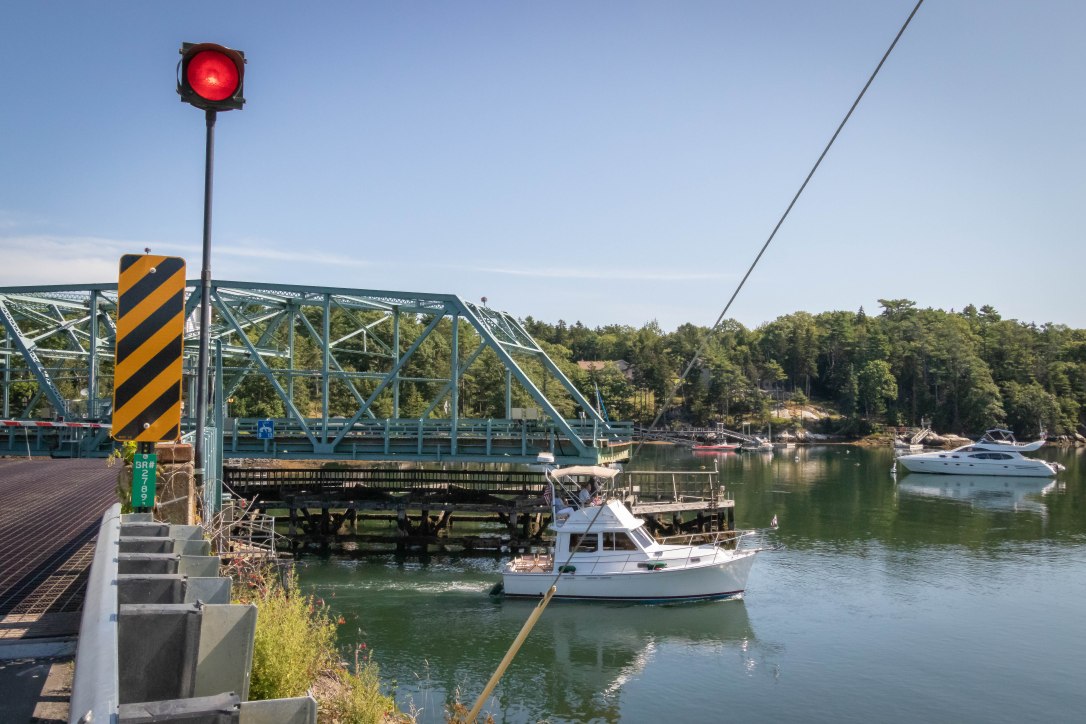 I spent a lot of time debating what to do when I found Hendricks Head lighthouse.  The view from the beach was a bit obscured, and the only option for a possible better view was to climb a rocky mound on the beach.  It didn’t look too intimidating from a distance, but up close it was slippery and with no good foot or hand holds.  While I debated I told my entire life history to a woman on the beach, Ginny, and met her husband Dave, such nice people.  She said that it was an easy climb, but then she wasn’t climbing it either.  So it wasn’t so much that I chickened-out, but I said to myself that I’m having too much fun, and I have too far to go yet, to risk a trip-ending injury and/or wrecking the camera.  I feel like I’ve been in touch with my five-year-old self recently, but now and then the adult in me needs to step in and lay down the law. 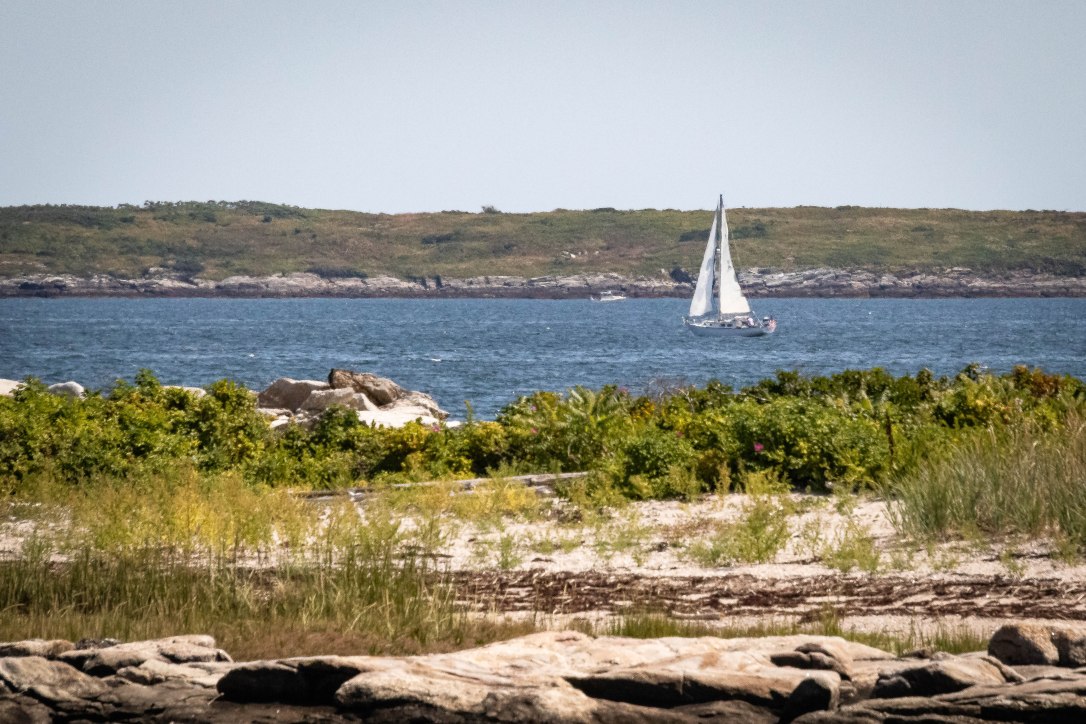 I moved on to a dock and got out the big lens and tripod, but it seems like every photo I used was from the 18-400 new lens.  And I’ve wracked my brain looking at the maps to figure out which lighthouses I did see.   I think it’s Burnt Island Light closer in, and Cuckold’s Light Station way out in the distance.  No mention in the book on how that one got it’s name. 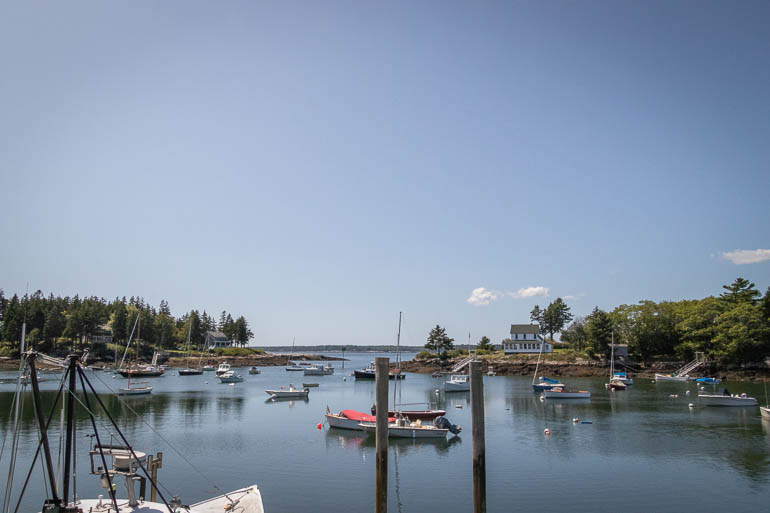 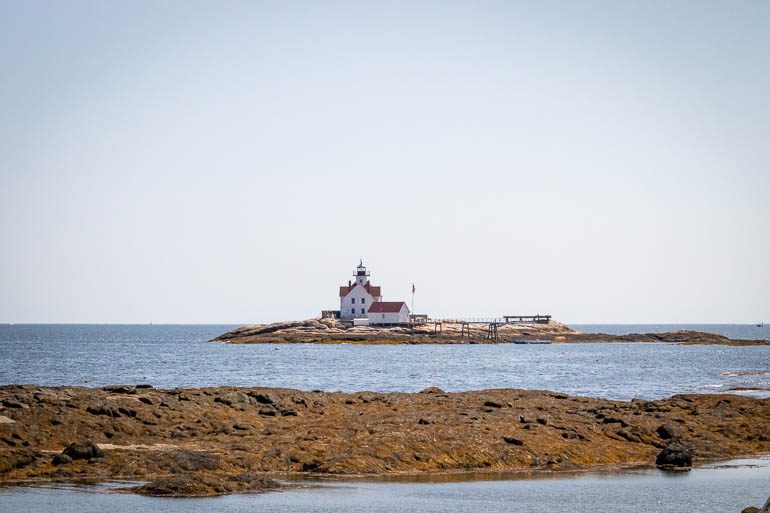 Finally, one from the big lens, guess I’ll keep it!  I apologize if I’ve gotten the lighthouses wrong.  My mind is boggled, it stopped raining, and all I want to do is head out someplace.  Never know where until I get there!