This birdhouse of my uncle’s has seen better days, but it has hosted families of bluebirds for at least a few years now.  And two years ago I came over to his house and stationed myself out front with my tripod and camera and captured the action as they were feeding their young.  But last year the blue birds were chased off, evicted sort of, by another, larger bird, and they didn’t raise a brood in this house, so my uncle moved the house across the street to what is now my house.

Lately there has been a lot of activity at the birdhouse, and the other day I finally tried to see what bird was paying attention to the house, hoping for bluebirds of course. But I could’t see what they were so I took a few pictures, but I still couldn’t say for sure what they were since was getting dark out, and it was even darker under the carport.  But I heard some activity early yesterday and I saw a bird actually leave the house and fly to the palm tree close by.  It turned out to be a Red-bellied Woodpecker.  This may explain why the entrance hole is not the precise hole that it once was.  This bird has done some home improvements, made it her own.  I can relate.  Be it ever so humble there’s no place like home. 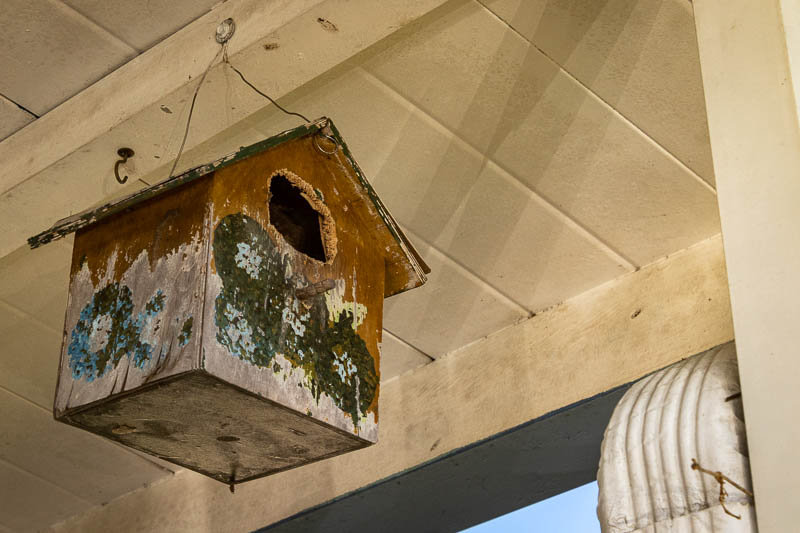 Ah, but I wrote this a couple of days ago and there are new developments.  Seems I wasn’t too far off the mark hoping that it was bluebirds that were interested in the birdhouse. 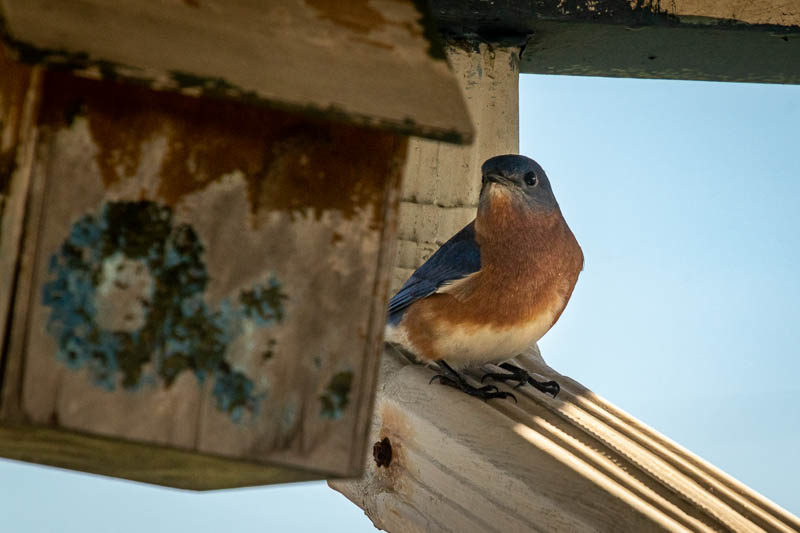 And the other possibility is that there is an odd couple in the neighborhood.  Stay tuned…

2 thoughts on “Be it ever so humble…”