After I tore myself away from the orangutans I went in search of the Sumatran tigers, and the clouded leopard (above).  At the Lowrey Park Zoo of course.

And the koalas were also high on my list.  I know these are not great pictures, but their enclosure was dimly lit and had reflections on the plexiglass so I’m surprised to have images at all.  The koalas escaped my view on every trip I made to the San Diego Zoo years ago.  Imagine standing under their tree with lots of people exclaiming over how cute they were, and despite having them pointed out by lots of helpful people I never once managed to see them.  And I tried for four years. 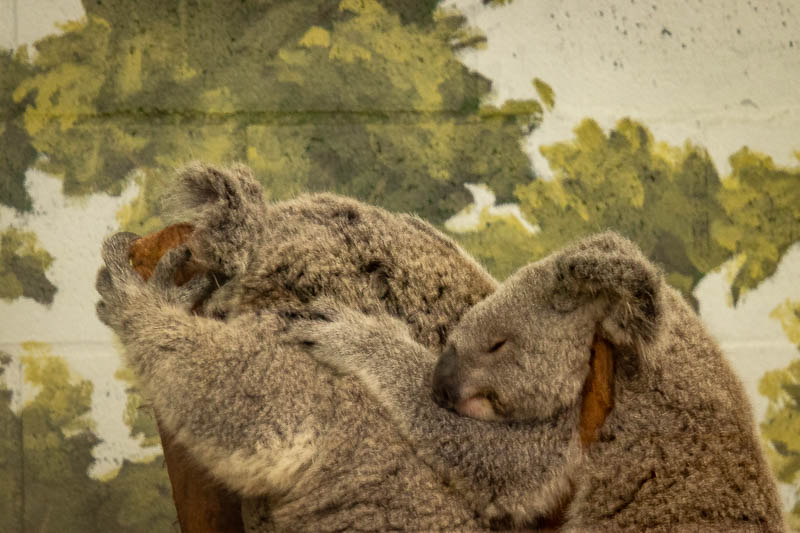 I spotted the Lorikeet enclosure and remembered that I enjoyed it last time and headed in.  This time one of the keepers gave this family a little cup of water to hold and the birds descended on them en masse.  It was fun to watch. 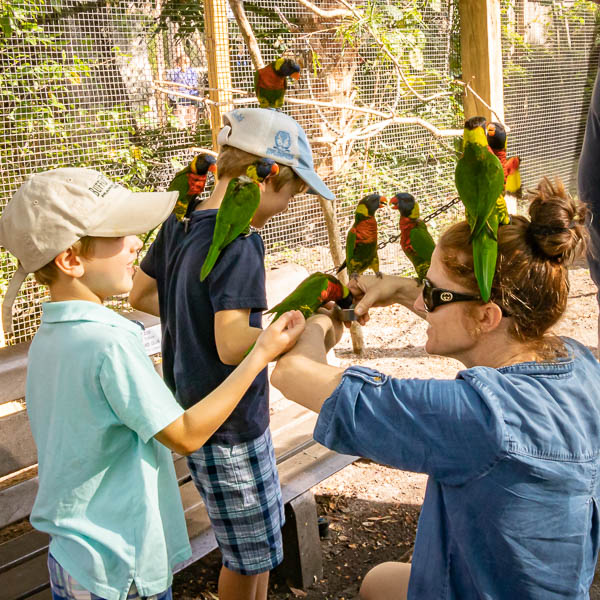 Even though I knew what to expect from the Macaw flyover I still failed to get a photo of them in flight.

I was ready to leave when I got a heads up from another photographer that the Florida leopard kittens were going to be displayed in their enclosure soon.  I pictured tiny kittens and of course I headed for their area.  But no, these brothers were born last June, but it was still fun to see them.

And yes, there were other monkeys at the zoo.  But in looking over my pictures I also discovered more orangutan photos I missed yesterday.  Is it any wonder?  I probably had 100 of them or so to choose from. 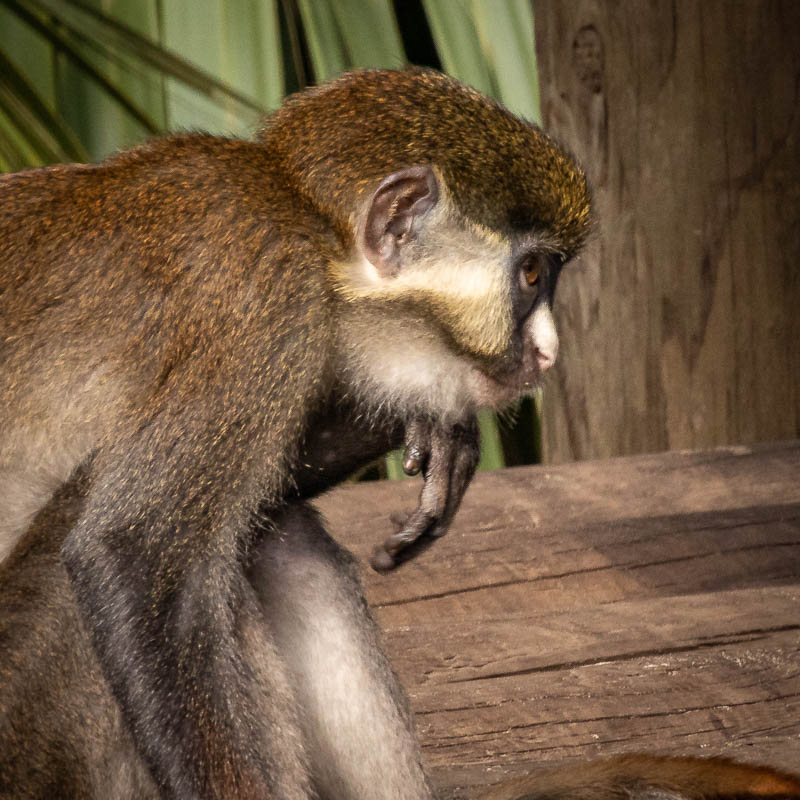 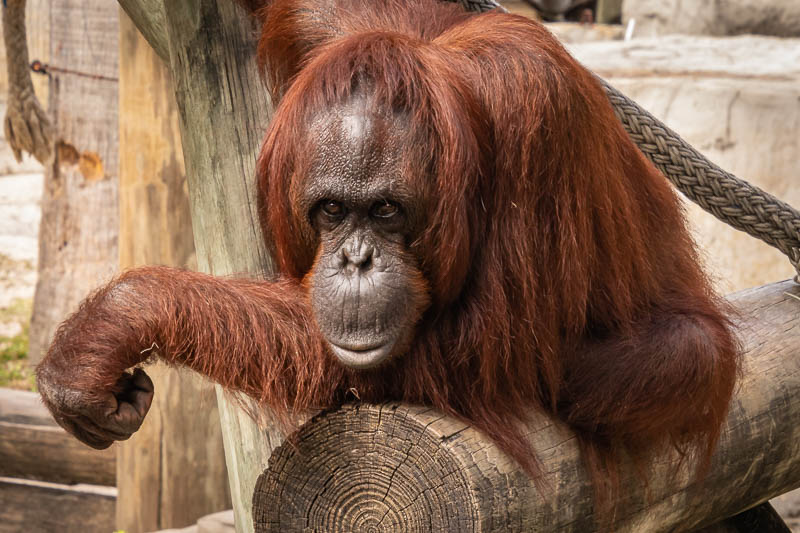 I love the zoo.  And this one offers you a deal.  Buy a one day pass and get admitted for free for the rest of the year.  That was what I planned to do but another photographer I chatted with is a member of the zoo, and a member can bring a guest in with them, so when he offered to have me be his guest I graciously accepted.  Thanks for that Frank, it was very nice of you.