I was up north last winter when the nearby eagles were raising their young, so it’s a treat to watch them now.  I’m an amateur, I think some of the photographers I saw there are there nearly every day.  But I hadn’t been in a couple of weeks so.  When I saw that the eaglets were already popping their heads up out of the nest I needed to play catch-up.  It was so fun to watch, or pretend to, since I was struggling to focus.  I needed to focus manually with my big lens and extender, and no matter what I did it didn’t appear to be in focus.  All the while the other photographers were exclaiming over how cute the little ones were, so I finally ditched the extender and stuck with my 150-600 Tamron lens, which allows auto focus.  To see these tiny creatures at all is amazing since they really are quite a distance away.

Seeing a parent fly in with a fish started the action for me.  My fellow watchers were remarking on how tired this eagle was.  I asked how you could tell and the answer was that it was panting, like a dog. 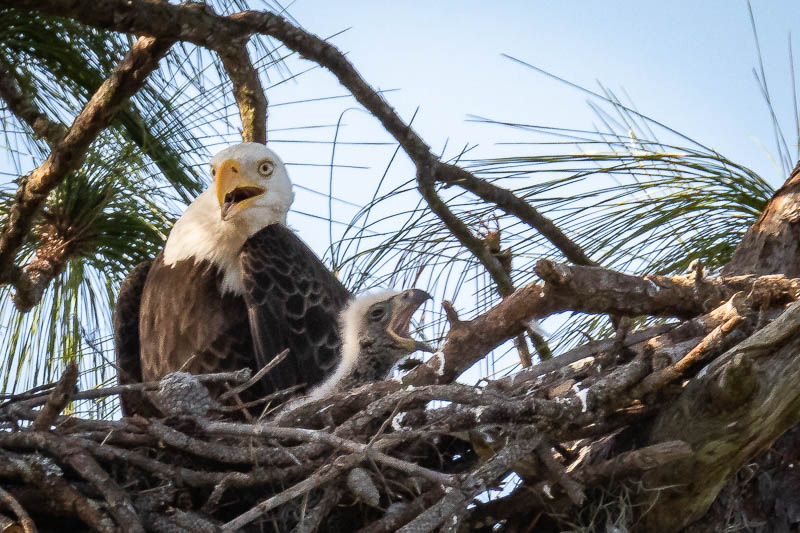 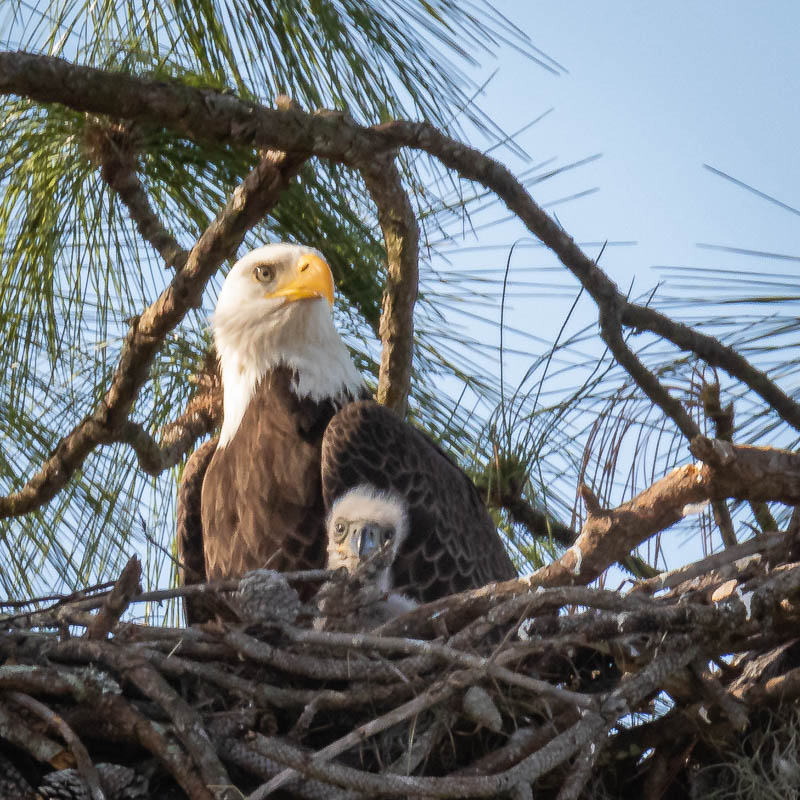 They were also all excited when they spotted two eaglets!  I just shot picture after picture and hoped I had gotten something.  If I heard them shooting then I did too.  But after a while I was able to sort out what I was seeing through the lens and yes, there were two of them.

The other parent was in a nearby tree, arriving soaking wet, and I caught this image as he ‘shook his tail feathers’. 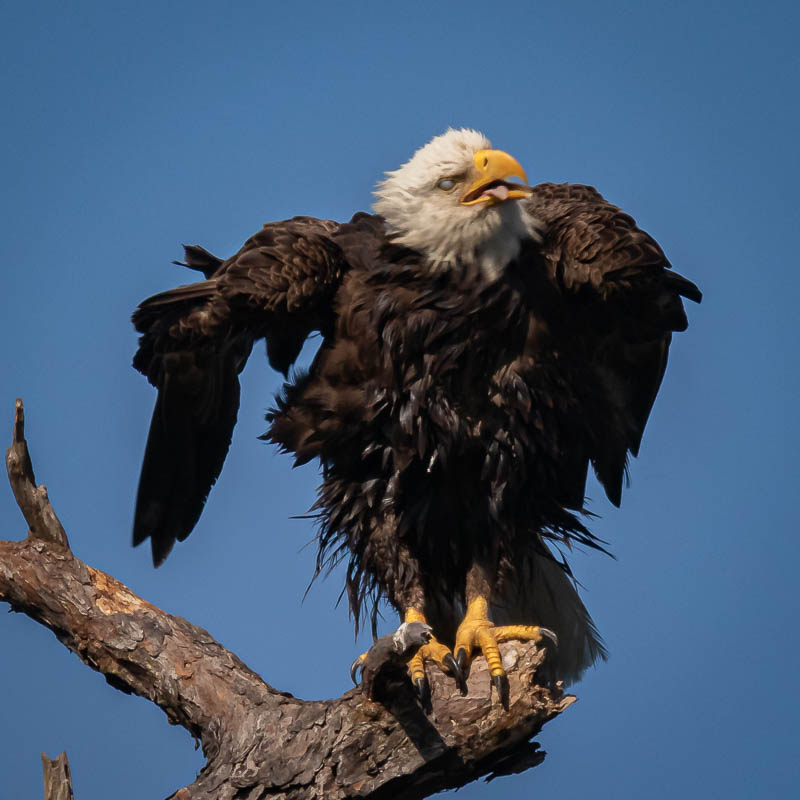 But I can’t leave this on such a silly note, when we all know just how regal they are, even when wet.