My first thought was that it was early enough, maybe I ought to go back to the Dunedin causeway for the sunrise, but by the time I actually was headed down the road I realized that it was later than I thought.  I must have lost track of time, so I stopped at Anderson Park which was on the way.  And when I did that I remembered that they don’t open the gates until 7 AM, only 20 minutes before sunrise, but you could get to the boat ramp earlier, so that’s what I did.

As far as finding an east-facing view for the sunrise it’s a pretty good spot, if all you want in your shot is sky and water this is.  Oh there is an overhanging live oak tree just dripping with Spanish moss on the shore, but my attempts at shooting through the moss turned out less than stellar.  But it really was a pretty sunrise. 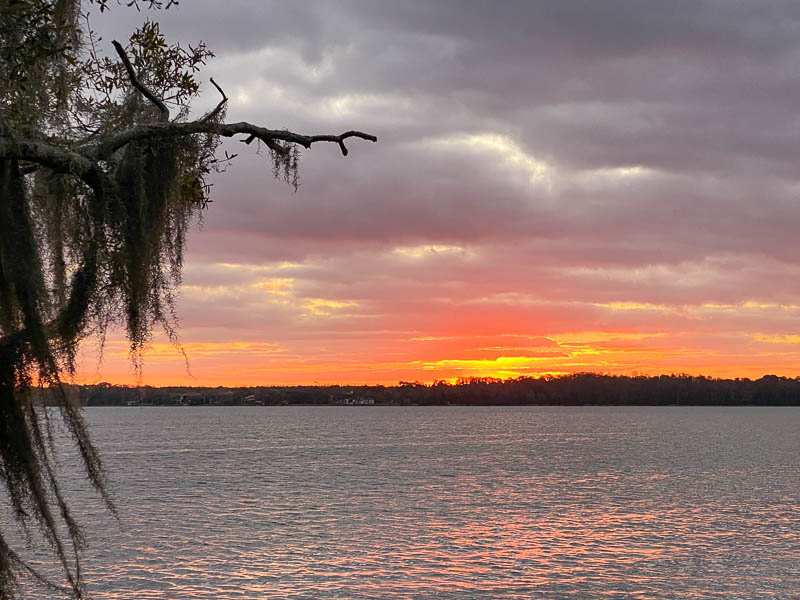