You would think that with all the time I’ve spent at the rookery I might once have looked up and noticed the osprey nest off in the distance.  One day there was an osprey hunting right at the rookery which scared me to think it might be ready to zoom down and snag a baby bird.  He did zoom but came up with a fish, and I may have had the camera ready but I didn’t get the shot.  I also didn’t ask myself where that osprey came from.   But the last time I checked on the rookery I saw it, the nest in the tower in the distance.  I saw them in the air also, but too far away to see them well, and I started wondering if I could get a shot of them with a fish.

The good news was that I only had to drive a couple of blocks up and over to get a better view of that tower.  But the bad news was that I could see that there was never going to be a good shot of that nest, the structure was in the way.   And then he took off and I thought I might be in luck after all.

I saw the dive, and saw that he had something in his talons.  I hoped it was a snake, but no, it was just a stick. 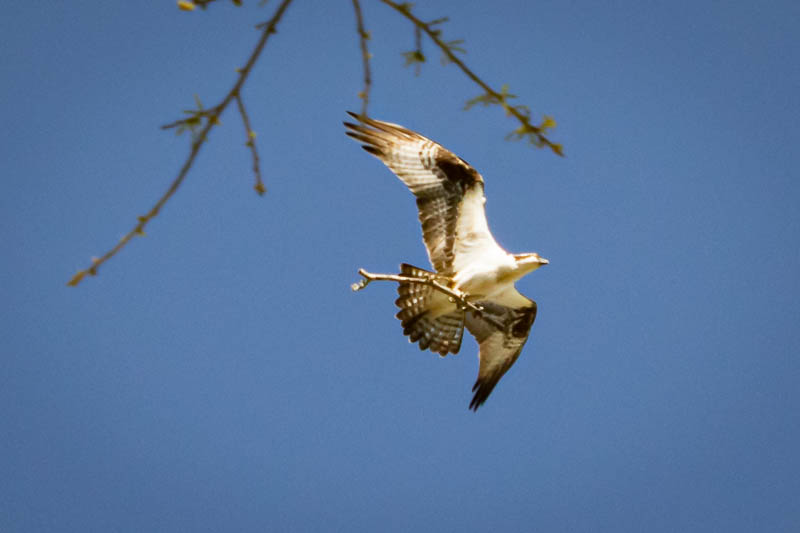 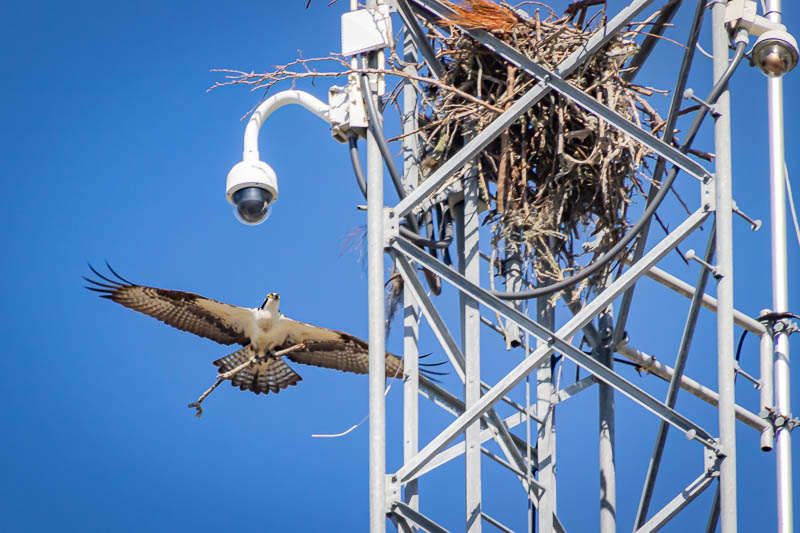 Another bird who is busy feathering it’s nest, so to speak?  Will there be little ospreys before too long?  I will be keeping track now that I have discovered yet another nest in my neighborhood.  I wonder what else I might be overlooking.  I’ll try to keep my eyes open from now on.