There were two nests with woodstork chicks in them when I made a quick stop at the rookery yesterday.  One nest frustrated me because I could see the movement, and it was attended by a woodstork, but maybe when the chicks get bigger we’ll be able to see them peeking out over the top of the nest.  It took a long while to spot this nest right in the front of the rookery where we can see it and get pictures,  Mom must have been laying down when I first arrived.  I’m glad she got up.

So while that was exciting, I have to admit that the original egret nest I’ve been watching was pretty quiet, and the second nest is tucked into the sticks and harder to see. 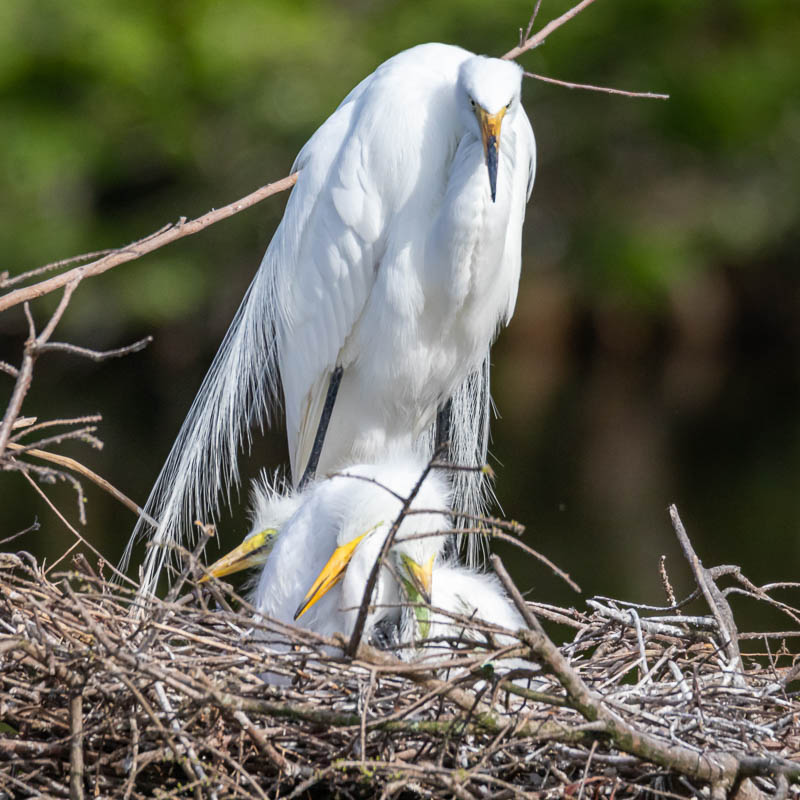 But there were some show-offs to look at.  I had been at a class called Birds on a Budget earlier that morning.  It was all about catching birds in flight and I’m looking forward to working on that, but not at the rookery.  Oh, lots of birds fly in and out, I’ve heard it’s great at sunset.  But when I’m there it’s all about the babies, and trying to take birds in flight while standing on a ladder and wielding that huge lens probably wouldn’t end well.  But birds are everywhere, I just have to get myself out there.