I took my first sip of coffee this morning and walked to the blinds on the bluebird side of the house and opened them.  I was almost startled at the gorgeous sunrise that was going on out there.  Most of the time when I’ve gone out for the sunrise it’s because I got up early enough that I was bored and wanting to do something before the sun had even come up.  Then I choose a spot to go based on how much time I have.  Today I walked out to my driveway in my pajama and fuzzy hot pink socks to get this picture.  Then I went back inside for another sip of coffee.  I’m glad to have this picture because it might be as good as it gets today, time will tell.

Over the last few days I’ve gotten these pictures also.  The bluebirds are out there from time to time, but so far no intense activity that would make me think there are chicks, or even eggs, in the nest. 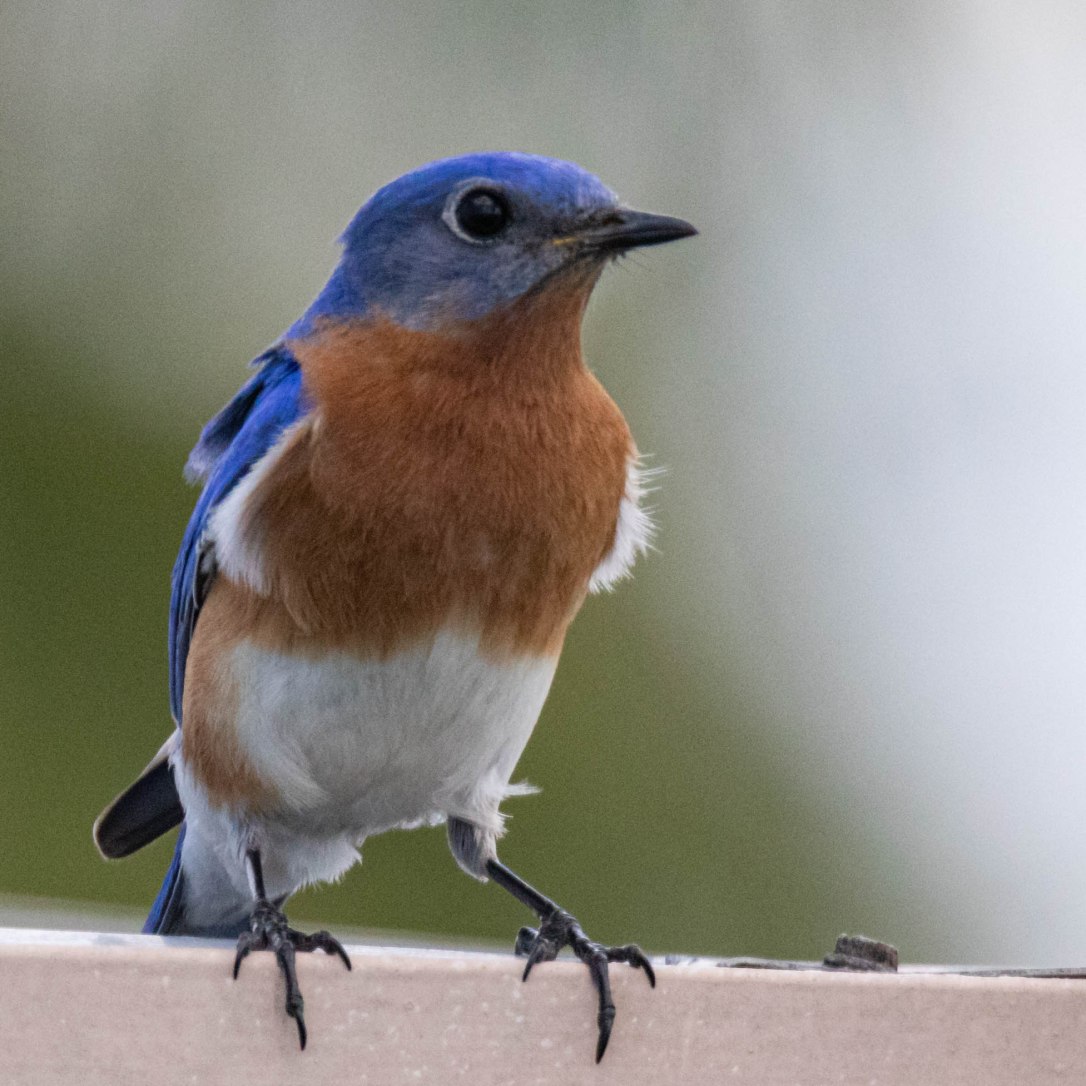 The sandhill cranes have been around also.  This one took me by surprise on my walk the other day.  He was n’t sounding off, which is unusual, and it seemed he was alone, so maybe they have a nest nearby.  The entire coastline here is one bird sanctuary or wild life preserve after another so it’s entirely possible.

Then there was the sky the other day.  I took a lot of pictures of it because I thought I could see hints of sunrise color in the clouds.  Somehow the photos didn’t actually translate.  We have had such pretty weather, too pretty to be stuck in the house, but stuck we are.  At least for now…