There always have been cattle egrets at the rookery, but only one at a time and I hadn’t seen any nests there before.  But on Sunday there were three separate nesting pairs, so while comparatively speaking there weren’t a lot of them, there were many more than I was used to seeing.  Like the anhingas, they seem to stay in the lower branches of the trees where there isn’t a lot of foliage, which of course helped me to see them.  And I had fun watching them

I’d never seen them so, well, fluffy before.

This pair had me fooled.  I watched and waited while one of them was standing over the other, but what I thought was a baby egrets sleeping turned out to be Mom taking a siesta.

But I will be watching their nests for babies because, well, this happened, 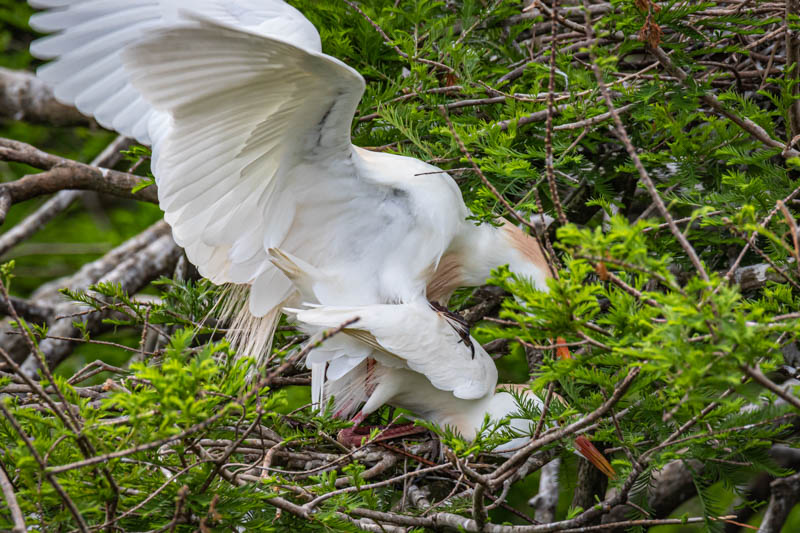 And he looked pretty proud of himself afterwards too.

While one pair got romantic another pair was pretty industrious.  I watched as they attempted to snag the perfect stick to feather their nest.  I confess that for a moment I thought they had a snake, then as they tugged and tugged it appeared to be stretching and I was afraid it was a piece of trash that somehow got caught in the shrubbery.  I took quite a few pictures of them as they worked on that stick, but something must have caught my attention because I don’t know for sure if they were successful. 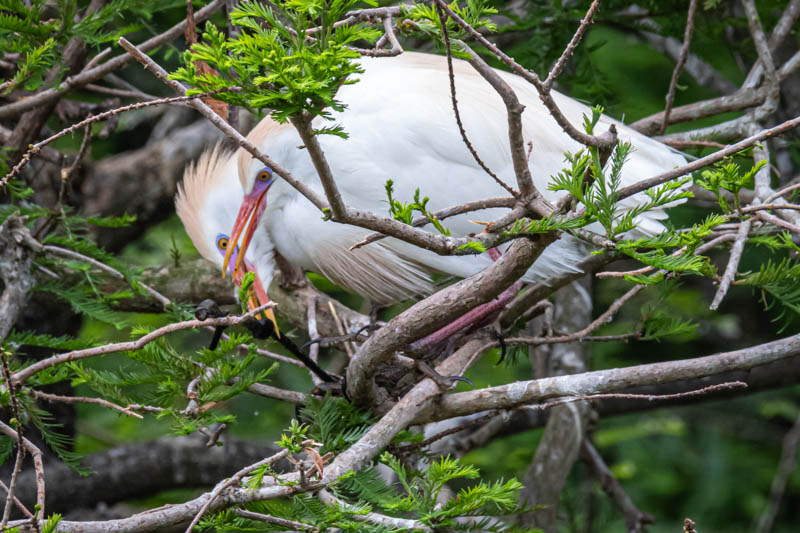 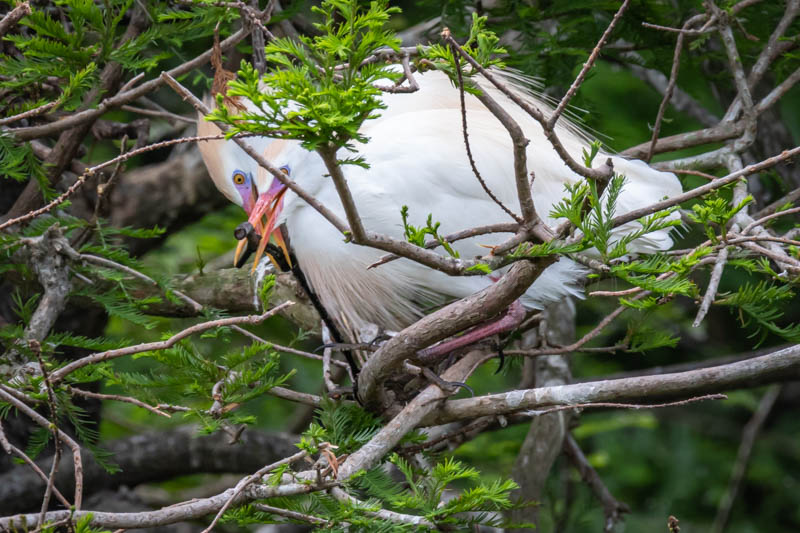 So while some of the nestlings have grown pretty big in the last few weeks, I see that there will be more to come before this season winds down.  I always enjoyed coming to the rookery, even when I didn’t live so close to it.  But what a blessing it is for me to be able to be outside and lost in my thoughts for a while, all while still keeping to the rules.