The subject of today’s photography class was lenses, and it sent me scurrying out of the house with the 10-18 lens on my camera to see what I could see.  I had asked our fearless leader for a suggestion of what lens to buy after I told him that I wanted a wide-angle lens.  I was thinking about the iPhone, and I found it annoying that I could see such a difference in my iPhone shots as opposed to my my camera shots when shooting something like a sunset.  The iPhone shots were wider angle, and when the sky was especially gorgeous I was disappointed that the shots from the camera showed a more narrow view.  So on his recommendation I bought the aforementioned lens, and then I reported back to him that I didn’t like it.  His response was that I wasn’t taking the right pictures with it.  The net effect of taking a far off vista with that wide-angle lens was that things were way too tiny and off in the distance.  No, today I learned that I needed to take shots that included interest in the foreground, or that’s what I decided after class today, and that’s what I set out to do.

Finding spots to shoot will be easier when our travel bans are lifted.  Even parks with no gates had portable barricades and no trespassing signs barring the way.  So I did the best I could along the road leading to Green Key Beach.  I talked with this woman as she unloaded her inflatable paddle board out of her van and headed out for a day’s paddle. 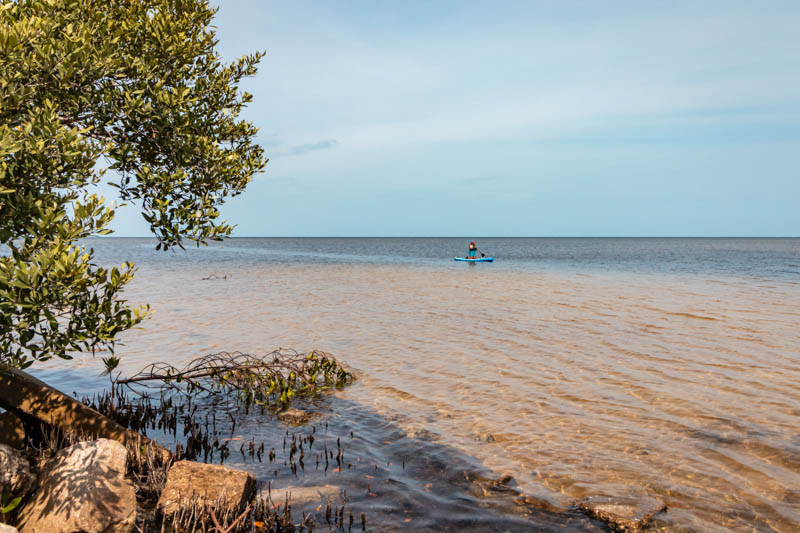 I also enjoyed talking with this boy and his grandmother.  He was excited for me to take a picture of the little minnow he caught, so I did.  Really, it’s in there. 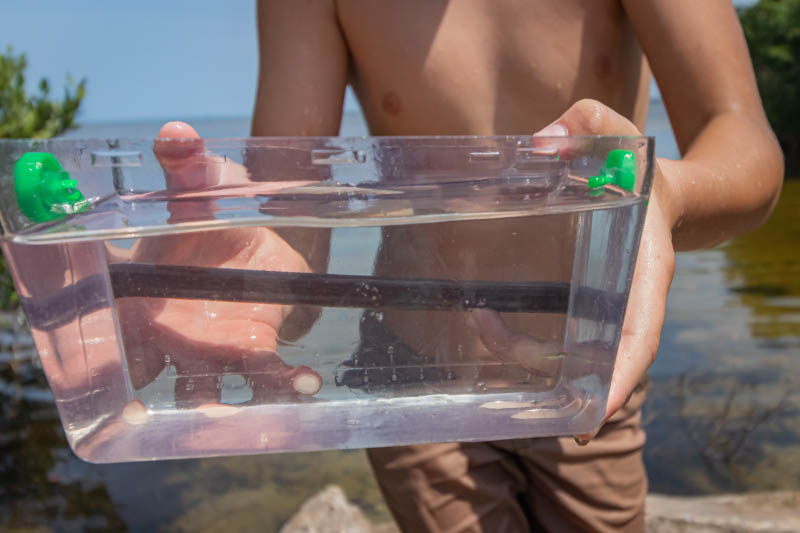 I never saw who these shoes belonged to, but I’m glad they left a prop there for me.

Then I drove to a pretty park that I drive past when I’m looking for eagles.  And I went on to the eagle nest afterward but nobody was home.

The final stop was Tarpon Springs, which was sad to see so empty in what is probably the best weather of their season.  Boredom doesn’t seem like  such a problem in comparison. 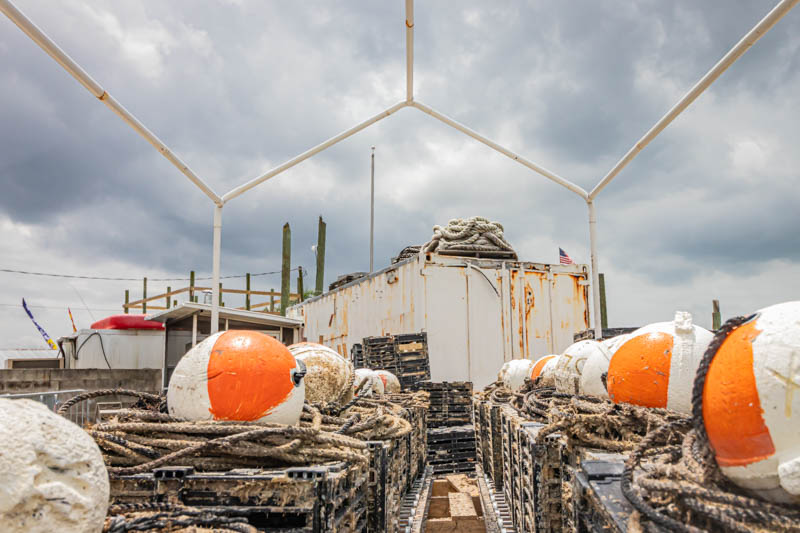 Before I came home I tried another iris shot.  What a nice day to be outside.  And I have to say that I saw people two-by-two for the most part.  Keeping the rules.

And this guy has nothing to do with anything.  He was peeping in my front door this morning, I could see him through the slats in the mini-blinds, so he was my first photo of what turned out to be a very nice day. 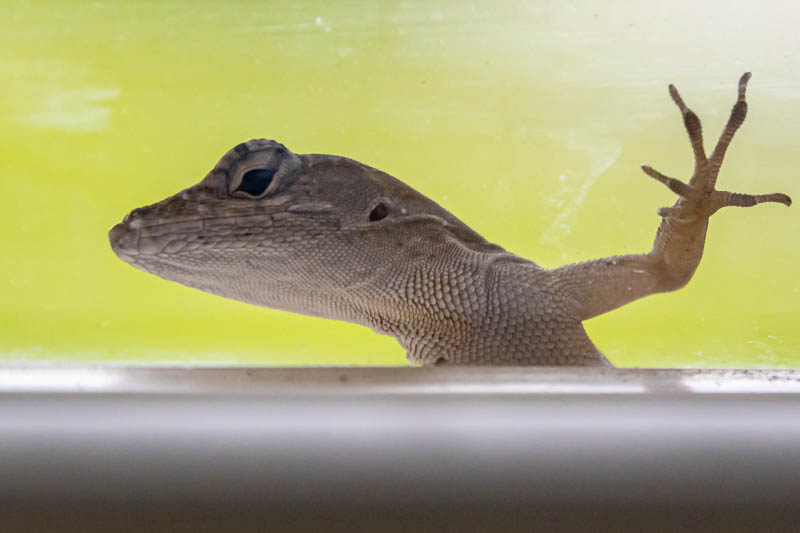 2 thoughts on “A wide-angle view…”