I’ve seen lots of pictures like my feature photo lately, enormous alligators crossing the trail at Circle B Bar Reserve, but being there in person was a first for me.  If you had asked me ahead of time I would have said that I had no desire to be 20 feet away from one of these creatures.  I was in the minority however, most people seemed very excited to see these alligators.  And I have many more pictures of them because they were everywhere.  And yes, it really was impressive to see him, especially since he seemed not at all interested in the few of us who respectfully waited for him to pass.

But this particular alligator may have had an agenda, one besides rinsing off the algae that was clinging to him.  The water on one side of the trail was low, and completely covered in that thick green algae.   He crossed to the blue waters of the big lake on the other side of the trail.  In the picture below you can see the trail of green that he left behind him as he joined a friend in the lake.  We held our breath a little, not knowing if we were going to witness a power struggle between the two of them.  And there was a struggle of sorts.  Was one playfully holding the other underwater just for the fun of it, or was this what passes for romance in alligator circles?  They parted company and each went on his or her own way, peacefully.  And so did we. 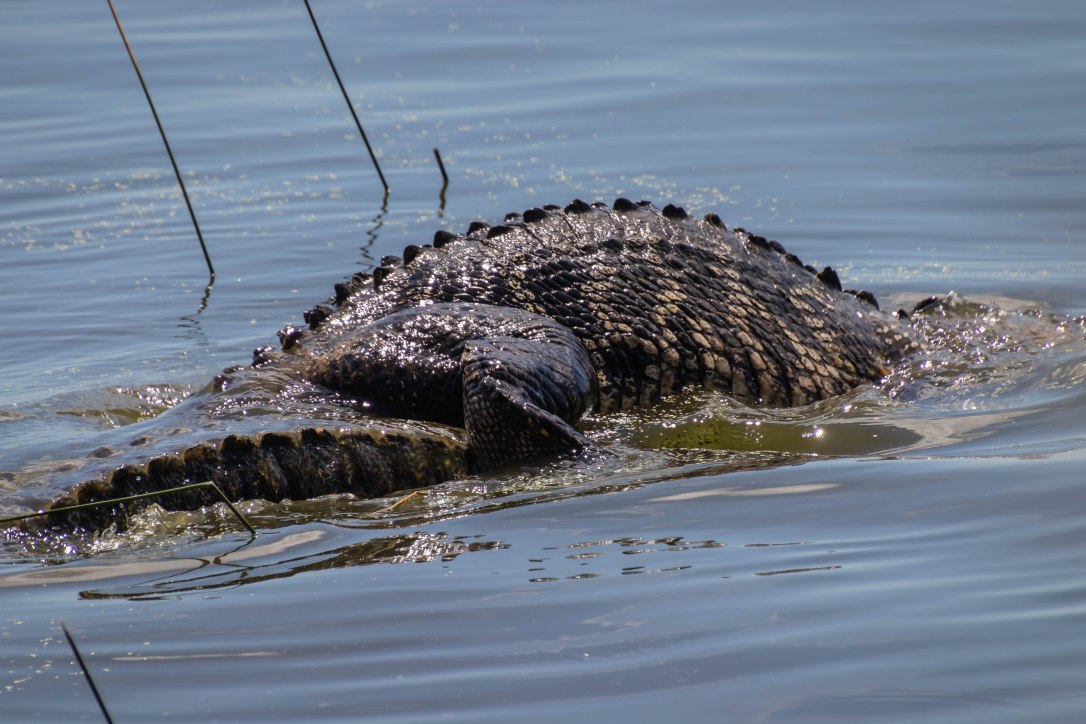