Two places I wanted to go to while I’m here in the Grand Teton National Park were Jackson and Idaho Falls.  I had been to Jackson 28 years ago when Charley and I came to Yellowstone.  Charley said that he had gotten ‘wilderness’ out of his system after that trip due to the lack of TV stations available at the motel we stayed at.  In all of Yellowstone also.  And I’ve found that the situation hasn’t changed all that much.

But yesterday I decided to go to Idaho Falls, and I let the GPS choose the route, and I believe that I may have used up a couple of my nine lives on the trip.  A narrow, windy road, which became a narrow, windy, rutted road, and just when you thought it couldn’t get worse it did.  A 2 1/2 hour drive turned into a 4 1/2 hour drive.  Part of which I had to do in reverse and uphill when I chose the wrong fork in the road.  It was mind boggling to drive through a forest of burned trees on such a tiny road.  For some reason I really felt the horror of what a fire like that must be like.  But then that landscape gave way to a forest of Christmas trees on both sides of the road.  And that eventually gave way to what I thought were Birch trees, but I was corrected by my cousin that they would have been Aspens.  As upset over the road as I was I couldn’t help but enjoy the scenery. 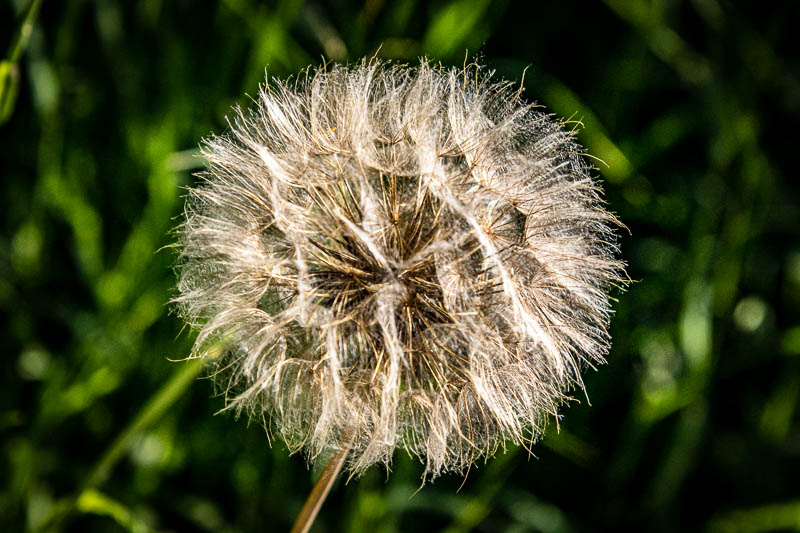 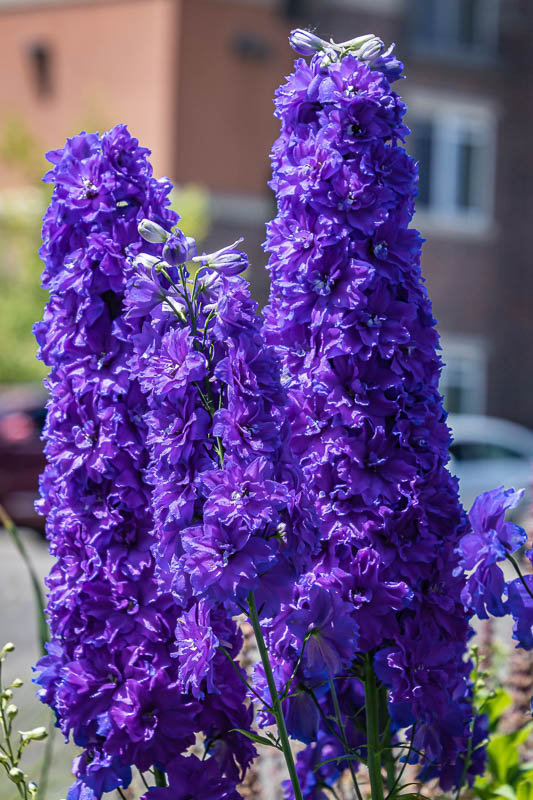 Idaho Falls probably had more to see than just the Riverwalk with it’s statues, but that’s all I did.  A two mile walk around a lake where you see the falls along the Snake River, and a view of the Mormon Temple across the way.  It was a lovely walk, but I rushed it to get back to my little home on wheels. 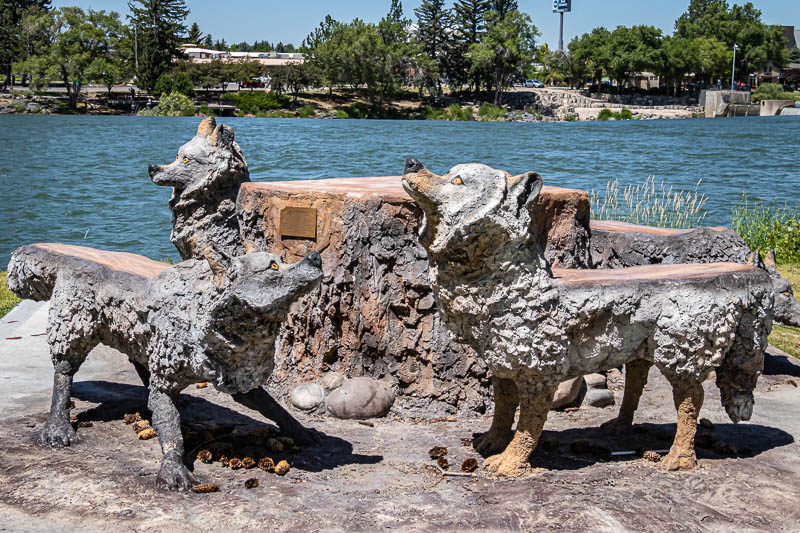 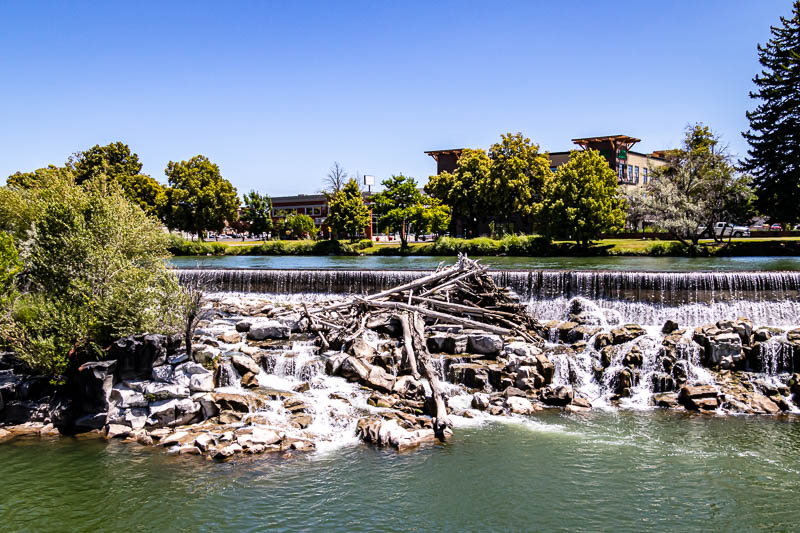 Lucky for me I ended the day at my cousin’s house where I could enjoy a beer and her beautiful garden before I closed the book on another chapter of this adventure.

Oh, did I mention that when I was finally in the home stretch to get to my cousin’s house I found myself driving over Teton Pass?  It was probably magnificent view-wise, but I wouldn’t know because I was clutching the steering wheel and trying not to drive off a cliff the whole time.  Yup, two lives at least.