In driving around the park I couldn’t help but notice that the South Jenny Lake turnout was a very popular place.  I drove in one time and there wasn’t a parking space to be had, which I should have realized since there were cars parked on the road outside of the turnout.

So this morning I looked at the map to see what was actually there at Jenny Lake, and found myself intrigued that there was Hidden Falls, and Inspiration Point.  It was still early enough that I assumed that I would be able to find a parking space, so I grabbed my equipment, including the bear spray loaned to me by my cousin, and off I went.  Since there have been so few of the normal tours and such available since I’ve been here I was surprised that the ferry across the lake to the trailheads was operating, and even though I called myself a sissy I paid for a round trip across the lake.  And let me tell you I was sure glad I did, because the climb was a challenge for me. 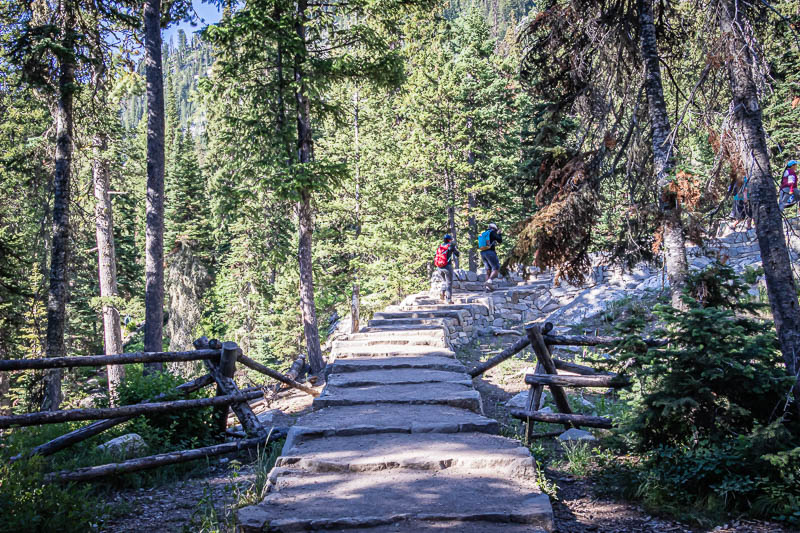 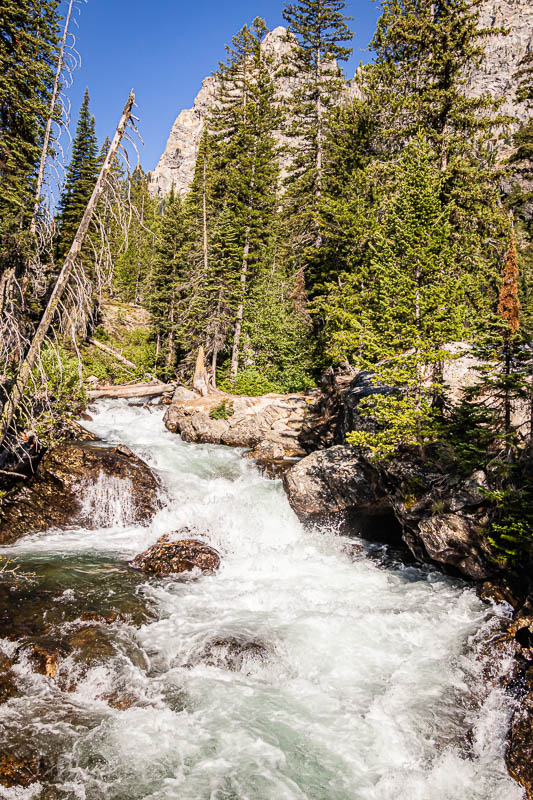 You could hear the falls roaring, and I saw some from a little bridge and assumed I was there, at Hidden Falls, but I was wrong.

This was Hidden Falls, and there was more climbing if I was going to see Inspiration Point. 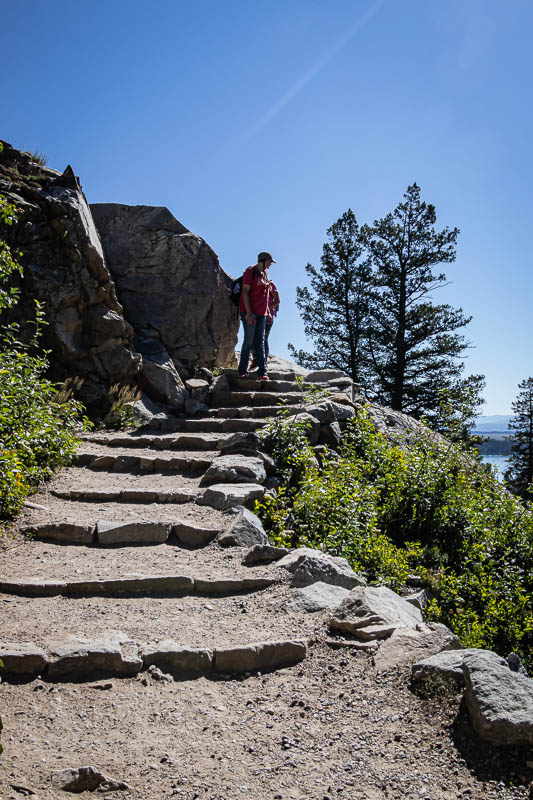 The feature photo is a panoramic shot from five photos of the view from what I thought was Inspiration Point.  But no, I wasn’t there yet.  This was a nice big place to stop and rest and enjoy a very nice view, but it wasn’t THE view.  I decided, however, that I was as inspired as I was going to be, and I wasn’t the only one, so this was the end of the climb for us.  Below is the rest of the climb to get there.  And the next photo shows the folks at the very top.  See if you can see them in the more distant (1st) photo.

They looked like mountain goats climbing that last, steep-looking, trail.  And some people just can’t get enough climbing, as you see below.  All I could think of was that I was glad that none of those young people belonged to me!

And a flower to end the day.  What a nice day… 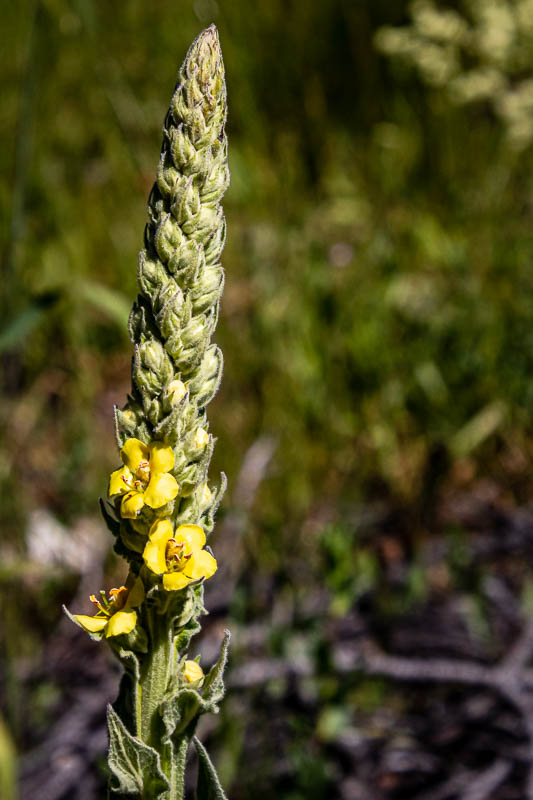