Finally I was up early with heading to the eagle nest as my priority for the day. One lone photographer was there when I got there. I hadn’t met Dan before, but as we tend to do we started discussing places we knew of to go to take pictures. He said he’d been there about 15 minutes when I got there and nothing much had happened. He had a huge lens on his camera and no tripod, so I knew he was going to hand hold that thing. I had a problem with my big tripod so I switched to my usual 400mm lens and moved closer to the nest than he was standing. Suddenly two birds came up from behind the trees and flew away too fast for either of us to get a picture. A few minutes later I saw the eagle come back to the nest and managed to get a picture before it settled down, and again there appeared to be nothing happening at all. Dan said that it had been one of the eagles from the nest that had chased off a juvenile eagle, but he hadn’t seen it come back to the nest. He gave up shortly after that, after all we had been there at least 90 minutes by then. And then I left too, but I decided to head to the fishing pier nearby.

The parking lot was full, many more cars than usual even if it didn’t seem to be more people than usual. It was low tide, I mean really low tide. I wonder if this egret was wondering who stole the water, because that’s what I was thinking. Lots of fishermen were wading, but these boaters were on their own, almost. The joys of a zoom lens is that I found another boat way off in the distance. And a bird was circling overhead, but it wasn’t until I looked at the pictures in the computer that I wondered if this was that juvenile eagle Dan had seen, based on the size of the head and the shape of the beak.

This great blue heron was standing by the path as I walked back to the car. Seeing him made me decide to drive past the nest again, just in case, and guess what. There he was, or she, but where was the light that had been so nice?

After a few shots I switched to the big lens with the extender and used it hand held, so I’m surprised that I got any usable pictures at all. Now it was time to go home so I turned the car around but I had to pull over one more time to take this last picture with the sun on him, or her. It was a nice morning after all… 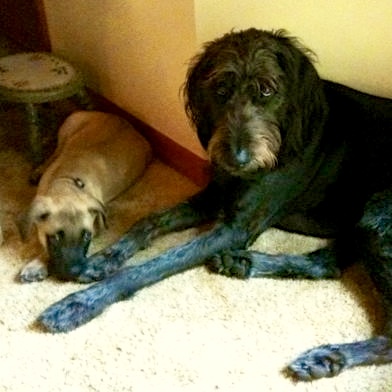 Eventually this dove did fly away, but she posed for me first.
Loading Comments...