I heard the ping as a text came in, and discovered that there was a soft-shell turtle in my neighbor’s pool.  So of course I grabbled my camera and headed out the back door.  When my neighbor heard my screen door slam she called for me to help her.  But it was more fun to take pictures.

He was a speedy little thing.  Catching him looked easy, so Sue’s husband took over and he also found out that it wasn’t as easy as it looked. But he was caught eventually.  I just hope Sue doesn’t have to try to catch anything smaller than him with that net.

These are snapping turtles, see how he has the net?  I’m sure he’d love to chomp on Sue’s finger too. 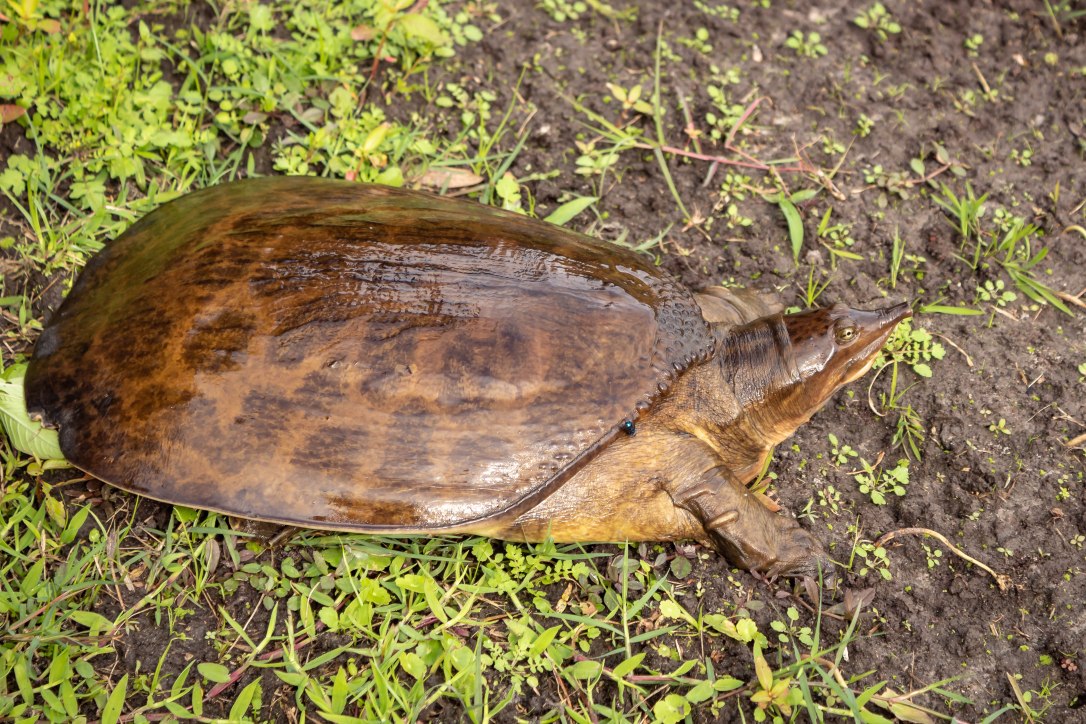 She told me to get ready, that he’d make a bee line for the lake, but that didn’t happen.  It took persuasion to send him on his way.  And one last photo of Wilbur, in case you were wondering how he’s been doing.  Of course things are usually a lot less exciting, but I have loved living next door, having a front row seat so to speak.  Lots of fun without the responsibility.  Sue doesn’t acquire her menagerie, often they are deposited at the doorstep by her daughter, but sometimes they just wander in on their own.  She says I’ll miss all the lakeside drama, and she is right…

2 thoughts on “The interloper…”