It did occur to me that going to a venue such as the Heritage Museum and Gardens might not be the best choice for a weekend visit.  But it was supposed to be such a nice day, and I hadn’t been out for several days before, so even realizing that it was ‘kids day’ didn’t stop me.  Kids got in free on Saturday, and lots of activities were set up for them to enjoy while they were there.  Maybe everyone had as much trouble with the maps as I did, because yes, we entered together, but as I walked the paths I had no problem seeing the gorgeous landscapes and taking pictures without lots of people in the shots.  And I started taking pictures before I had even bought my ticket.  I was attracted to the flowers, but as I looked more closely at the flowers it was the bees that caught my attention, and then the butterflies, and even a little moth. 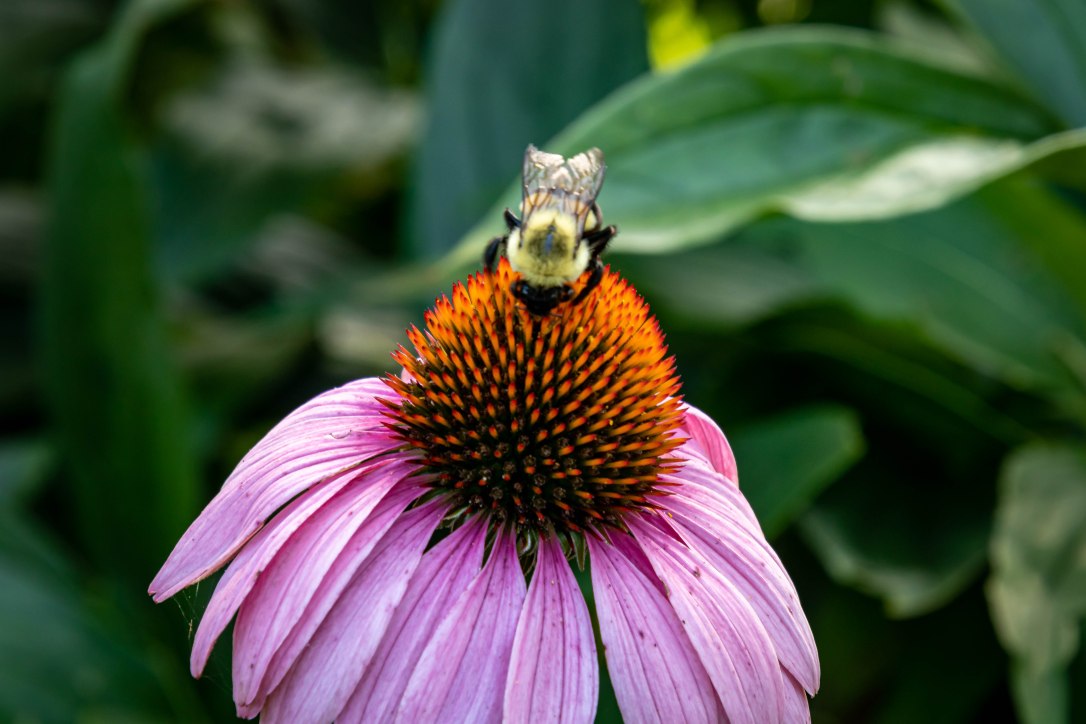 It was the carousel that I had spotted on the map that I had set out to see.  But there were numerous paths intersecting each other, and signs pointing this way and that way, enough so that I kept getting distracted.  Almost right away I heard a waterfall off to my right.  I attempted several pictures but quickly realized that there was a lily pond at the bottom, and yes, there were paths to go there.  So I set off down the hill to take pictures, hoping there would be dragonflies.  And yes, there were dragonflies, but I got ridiculously excited to see the little turtles on the lily pads.  When some kids showed up I think I totally forgot that I’m not a kid and got excited to point out the turtles.  That got the kids excited, and they all were standing precariously close to the rock edge of the pond, switching positions, trying to see.  And when I spotted a frog on a lily pad the excitement level went up a bit more.  Now they were quite excited to be pointing out things to me, and for several moments I was that five-year-old self I’ve been looking for.  Then I noticed one of the moms standing beside me and I had to apologize since they were probably wishing the kids were watching a little more calmly.  She said it was fine.  I thought it was fun.  ‘Kids day’, in more ways than one. 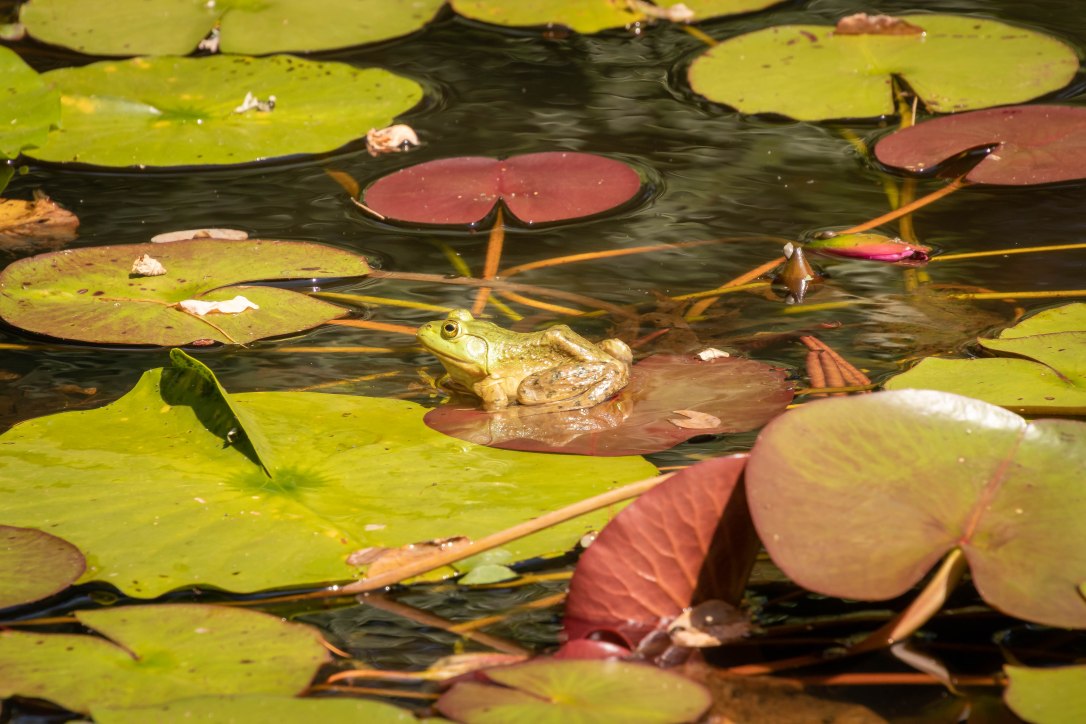